Barcelona have confirmed that second-choice goalkeeper Jasper Cillessen has been ruled out of action for the next six weeks with a calf injury.

The Dutchman has predominantly been used by Barcelona in the domestic cup competitions, featuring six times in the Copa del Rey. On Friday evening it was confirmed by the Catalan giants on their ​official website that the 29-year-old had torn a muscle in his right calf in training and will be expected to miss the next six weeks.

The timescale on Cillessen’s lay-off will likely mean that he will miss both legs of Barcelona’s crunch Copa semi-final clash against ​La Liga rivals ​Real Madrid, but would be back for a potential final in the competition at the end of the season.

Jasper Cillessen calf injury, out for six weeks. Feel sorry for him because the cup Clasicos were going to be his big moments! Always been excellent when called upon

Despite his sporadic outings, the Netherlands international has performed admirably when called upon, and starred in the side’s 6-1 thrashing of Sevilla in the second leg of the Copa del Rey quarter-final on Wednesday, saving a penalty from Ever Banega in the process.

Cillessen began his professional career at NEC in his native Netherlands, before moving to Dutch giants Ajax in 2011.

After spending six years in the Eredivisie, Cillessen signed a five-year deal with Barcelona in a reported €13m deal in the summer of 2016, replacing the outgoing Claudio Bravo. 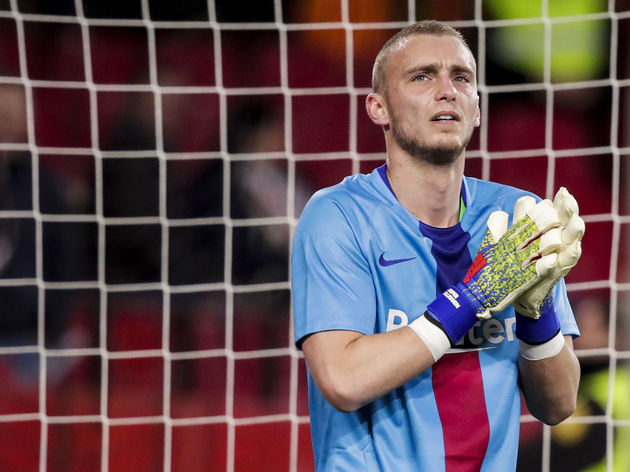 Since his arrival at the Camp Nou, Cillessen has made just 28 appearances, with only two of them coming in La Liga.

Sapeurs of Brazzaville: The photographic exploration of a fashionable subculture

Barcelona Looking to Snap Up Juan Mata From Manchester United on...