Barcelona will reportedly look to sign a forward in the current January transfer window following the confirmation of Munir El Haddadi’s departure to Sevilla.

The 23-year-old’s contract was due to expire at the end of the season, and was sold to the club’s La Liga rivals for just €1m on Friday evening. Munir’s departure has led to increasing speculation that the Catalan giants could pursue a move for another forward to replace the Spaniard.

Now, on his personal Twitter account, journalist Alfredo Martinez has confirmed ​Barcelona’s intentions in the remaining weeks of the window.

He said: “It is already OFFICIAL the transfer of Munir to Sevilla for €1,050,000. Barcelona will look for a forward in the winter market.”

In recent days, Ernesto Valverde’s side have approached ​Chelsea over a potential deal to sign Brazilian winger Willian.

The​ La Liga side had reportedly seen three bids turned down for the 30-year-old in the summer, with their last offer in the region of £55m.

Blues manager Maurizio Sarri indicated in his pre-match press conference, ahead of Chelsea’s match against Newcastle, that any potential move away from Stamford Bridge for Willian would be ‘impossible’.

Sarri said (as quoted by ​Sky Sports News): “As you know, Willian for us is very important. 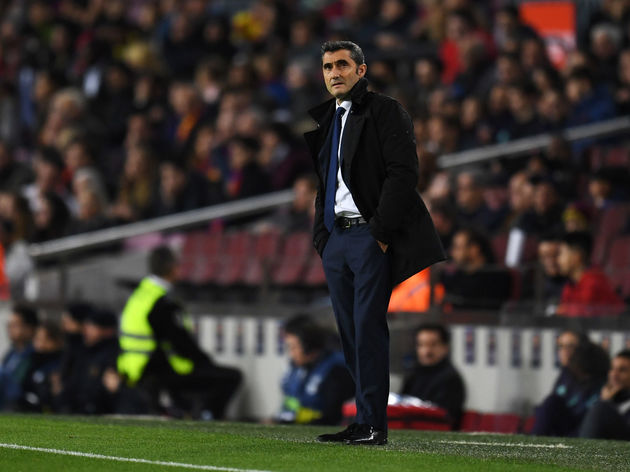 Despite finding themselves five points clear at the top of La Liga, Barcelona are seemingly interested in adding to their much lauded forward options as they look to mount an assault on all fronts. ​

US planning a steel barrier rather than concrete wall: Trump