​Barcelona host Eibar in La Liga on Sunday evening. Barca sit five points clear at the top of the table, and will be looking to extend their lead over their closest challengers Atletico Madrid.

Eibar find themselves in 11th place, three points off of the European places. A shock win could put them in the conversation for Europa League qualification.

Here’s 90min’s preview of the game. 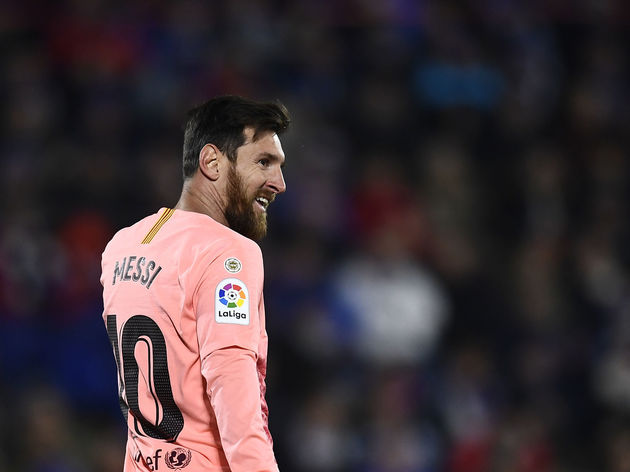 Barca are still without long term absentees Samuel Umtiti and Rafinha, whilst Thomas Vermaelen is also ruled out with a muscle injury. Clement Lenglet will most likely keep his place at centre back alongside Gerard Pique. Eibar will be without former Real Madrid winger Pedro Leon and full back Jordi Calvera as they continue to recover from injury. Unsurprisingly, this fixture has been dominated by Barcelona in the past. In eight previous meetings, Eibar haven’t gained so much as a point – Barcelona have won all eight encounters, scoring 28 goals in the process.

The last match between the two ended in a 2-0 win for Barca, with Luis Suarez and Jordi Alba getting on the scoresheet.

Barcelona are in a good run of form following the festive period. The Catalan giants have won their last five games, scoring 15 goals and conceding just once. Lionel Messi is doing his usual business as he leads both the scoring and assisting charts in the league (16 goals, 10 assists).

Eibar have been solid if not spectacular in the run up to Sunday’s match. They’ve drawn four of their last five league matches (including a thrilling 4-4 draw at home to Levante), losing the other one.

Here’s how both teams have fared in their last five matches.

It’s hard to look past Barcelona for this match. They’ve come into form at a key time of the season, and any team with Lionel Messi in starts with an advantage. Although Eibar have made a habit of not losing in recent fixtures, Barca are a level above any team they’ve faced.