​Barcelona will sell and replace a number of stars between now and the summer, with a view to make a squad overhaul this summer, including the likely purchase of Frenkie de Jong from Ajax.

After spending around €350m in both 2017/18 transfer windows, Barça found their newfound frugality in last summer’s transfer window, outlaying just €127m, and recuperating €83m in sales. 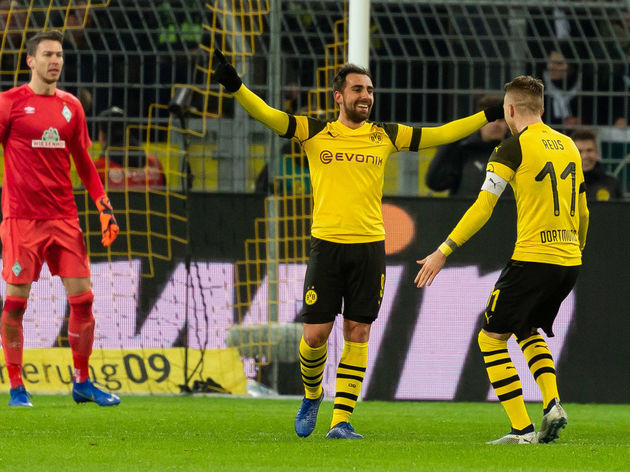 With loanees Paco Alcacer (Borussia Dortmund) and Paulinho (Guangzhou Evergrande) set to join their newfound clubs this summer for a return of €65m, La Blaugrana may well end the season with a net spend profit.

And, according to a report from ​Mundo Deportivo, the likely sale of Andre Gomes, whose stellar form at ​Everton should ensure he commands a higher fee than initially expected, will also aid in the purchases of players such as 21-year-old Frenkie de Jong from Ajax.

The midfielder is anticipated to cost the Catalan club around €70-75m, balanced out by the gratuitous nature of Adrien Rabiot’s recent capture. The sales of Jasper Cillesen, Denis Suarez and potentially Malcom or Rafinha, combined with the releases of Thomas Vermaelen, Munir and Sergi Samper will supplement the move.

And, it should be enough for the ​La Liga leaders to also bring in three more players alongside the midfielder in the summer of 2019 – a goalkeeper, a central defender and a striker. The club are supposedly confident of securing these new faces within a budget of €150m.

​Barća are fresh from their victorious return to action following the winter break, with a 2-1 victory at Getafe ensuring they extend their lead at the top of the Spanish table to five points.

Newcastle 2019/20 Premier League Fixtures: When the Magpies Face the Top...