​Bayern Munich manager Niko Kovac has confirmed that the club will not make another bid for Chelsea’s Callum Hudson-Odoi this month.

The Bavarian side had been heavily linked with the 18-year-old over the course of the transfer window, and have seen numerous bids for the winger rejected, while Hudson-Odoi saw a transfer request rejected by Chelsea as he looked to push a move through.

ahead of the deadline. However, Kovac has since confirmed that Die Roten will not be conducting any further business this month. As quoted by ​Goal, he said: “We will no longer be active in the transfer market. The teams do not want to let their players leave. We have a good and big squad.

“Franck [Ribery] and Arjen [Robben] have been training, so I have to leave one, two at home anyway. That’s why it does not make sense for us to get three or four more players.”

Hudson-Odoi has two goals in three assists for ​Chelsea‘s first-team this season, although the England U19 international has reportedly become frustrated by his lack of game time under Maurizio Sarri.

​Bayern‘s chairman, Karl-Heinz Rummenigge, has also spoken on the specualtion surrounding the club’s efforts to sign Hudson-Odoi, and believes the club are well placed to cope without signing him.

He added: “I spoke to Hasan [Salihamidzic] at 15.30, to ask if we will do anything. He answered ‘no’. Even without Hudson-Odoi we now have five wingers, so we can get through to the end of the season.” 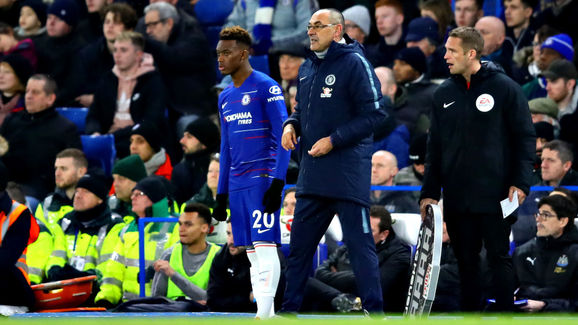 It’s unclear whether the Bundesliga side will return in the summer to try and sign Hudson-Odoi, although ​Sarri has insisted that the starlet will remain at Stamford Bridge even beyond the summer, while branding him ‘the future of Chelsea and English football’.