​An impressive World Cup-winning campaign with France in 2018 followed by a stellar season with Stuttgart convinced Bayern to shell out more than £31m on Benjamin Pavard.

And while the versatile defender has pretty much been a mainstay in the Bayern backline under both Niko Kovac and Hansi Flick, many would suggest Pavard is the ‘man to target’ in this brilliant Bayern side; the weak link if you will. 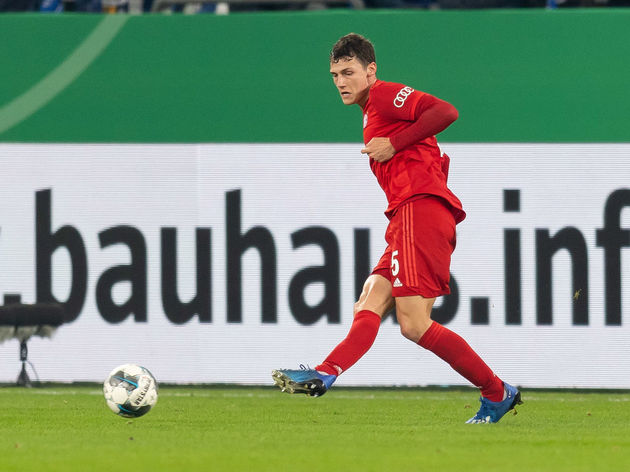 Yes, his ludicrous driven pass during his Die Schwaben days and sumptuous ‘sidewinder’ strike against Argentina both demonstrate the Frenchman’s technical prowess, while he’s proven to be a steady defender who reads the game very well. But what’s slightly concerning is his lack of recovery speed in Flick’s dynamic, enterprising system which often leaves his defence liable to the counter – Leipzig, in particular, exposed the space in behind Pavard during their February clash.

Unlike Alphonso Davies, the Frenchman isn’t blessed with track speed to make up for – albeit pretty rare – positional errors.

Nevertheless, the World Cup-winner is still a fine footballer whose versatility is invaluable to the Bayern defence.

And with the lack of cover in this position, right-back is certainly an area the Die Roten hierarchy will want to target in the next window. The addition of elite talent, meanwhile, could allow Pavard to shift over to a right centre-back position – a role he’s starred in previously. 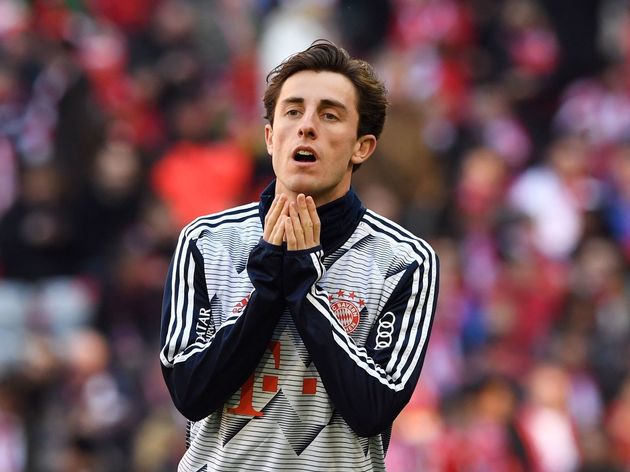 Real Madrid’s Odriozola was brought in on a six-month loan deal to provide emergency cover for Pavard.

The Spaniard hasn’t exactly had the most enjoyable of time in Munich, however, playing just 63 Bundesliga minutes thus far after breaking Ivan Perisic’s ankle in training with a heavy challenge.

Nevertheless, with Los Blancos’ right-back slot set to be a mightily competitive one when/if Achraf Hakimi returns from his Borussia Dortmund loan, Odriozola is destined for a permanent move away in order to find regular minutes. Bayern may well be an option for the talented 24-year-old. The Moroccan is the epitome of a modern-day full-back, unlike Pavard.

Following an electric two-year loan spell at Signal Iduna Park, Hakimi is set to have Europe’s elite at his feet in the next transfer window. The Athletic have reported Bayern as admirers of the 21-year-old along with Juventus, PSG and Chelsea.

While he’s starred recently as a wing-back in Lucien Favre’s 3-4-3, Hakimi’s shown he can excel in a number of roles, from right-back to left-wing. Rapid, deceptively strong, defensively sound, lethal in both phases of transition and blessed with astute decision-making in the final third, it’s fair to say Hakimi is a superstar.

The sight of the Moroccan and Alphonso Davies marauding down the Allianz flanks is one that’ll tickle the salivary glands of football purists. Bayern were believed to be in for Cancelo while the Portugal international was still plying his trade in Turin and after enduring a difficult first season at Manchester City, Die Roten may well make another play for him this time around.

While his lack of defensive positioning and awareness make him more frail than others defensively, his attacking prowess is what makes Cancelo such an exciting player. Simply put, he has all the attributes of a traditional winger.

If Bayern are to sign a right-back in the mould of Hakimi or Cancelo, though, Flick will have to find a system that reaches an equilibrium in terms of allowing his full-backs attacking freedom, but also ensuring his side aren’t exposed on the counter due to their high positioning. Pep’s 2-3-5 anyone?

A hefty fee would also be expected due to City’s unwillingness to let Cancelo depart. Bayern already dipped their toe in the Henrichs bucket before he made the switch to Monaco from Bayer Leverkusen in 2018.

And despite the struggles of his side, the 23-year-old established himself as a key performer for Les Monégasques last season while fitness issues have disrupted his current campaign – making just 13 Ligue 1 appearances this time around.

Nevertheless, Henrichs’ switch over to a left-back position last season highlighted his versatility. He’s a player who excels in one-v-one situations – both attacking and defending – and reads the game to a high standard, especially in defensive transition.

While he’s not on the same level as Pavard, Henrichs – who already has Bundesliga experience – is a great option for Bayern to play number two to the Frenchman. A raw talent who’ll certainly need to be nurtured if he makes the step up to a major European power, 19-year-old Tavares would be an interesting option for Die Roten.

In his relatively short sample size at a senior level – making just 21 career appearances for the Benfica first-team – Tavares has proven to be a technically sound customer who’s comfortable in the build-up phase and is adept at making both under and overlapping runs in the final third – making him somewhat unpredictable.

He’s nowhere near the finished article but his upside his huge, playing second-fiddle to Pavard would be ideal for Tavares’ development and it’s hard to envisage Benfica demanding such a huge fee for the teenager’s services.

Three Players Who Could Get More Game-Time For Manchester United Next...

Pierre-Emerick Aubameyang 'Ready to Quit' Arsenal After Pulling Out of Contract...