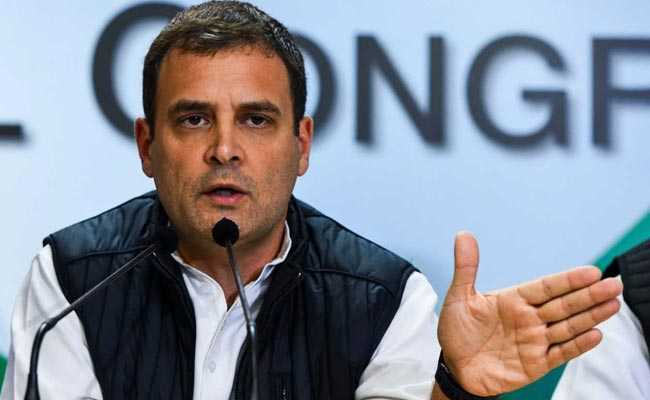 Rahul Gandhi has provoked criticism with his sexist comments on Defence Minister Nirmala Sitharaman while targeting Prime Minister Narendra Modi on the Rafale deal. The National Commission for Women has issued notice to the Congress president. Union Minister Sushma Swaraj says the comments mark a “new low” in Indian politics. Her colleague Smriti Irani tweeted today with the hashtag #MisogynistRahul.

At a rally in Rajasthan on Wednesday, the Congress chief had mocked PM Modi saying he had a “mahila (woman)” defend him during the Rafale debate in parliament.

“The watchman with a 56-inch chest ran away and told a woman, Sitharamanji, defend me. I won’t be able to defend myself, defend me. For two and a half hours, the woman could not defend him. I had asked a straight question – answer yes or no – but she couldn’t answer,” said Mr Gandhi, using the word ‘mahila‘ several times.

Later in the evening, Mr Gandhi tweeted a response that turned out to be another specimen of sexism. “Stop shaking, Be a man,” he tweeted.

Rahul Gandhi’s comments on Defence Minister Nirmala Sitaraman’s reply to a debate on a subject relating to Ministry of Defence is a new low in the history of Indian politics.

Mr Gandhi kept accusing the prime minister of avoiding the debate and leaving the minister to defend him.