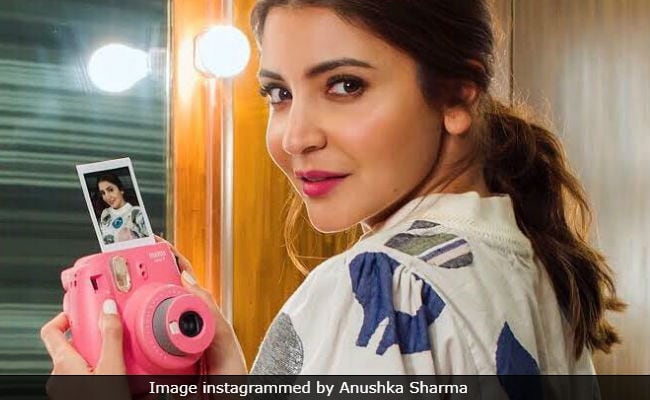 Anushka Sharma’s striking resemblance to American singer Julia Michaels did not escape the Internet and after trending for days, she responded with a tweet. On Tuesday, Julia Michaels tweeted one of the many viral comparison shots to Anushka and wrote, “Hi Anushka Sharma, apparently we are twins. LOL.” The Dil Dhadakne Do actress added her tadka of humour and wrote: “OMG, Yes!! I’ve been looking for you and the remaining five of our doppelgangers all my life.” Anushka’s comment alluded to the oft-cited theory that every person has seven lookalikes. Apart from the obvious difference of the hair colour, Anushka Sharma and Julia Michaels do have similar features.

OMG YES!! I’ve been looking for you and the remaining 5 of our dopplegangers all my life https://t.co/SaYbclXyXt

Meanwhile, here’s are some tweets about Anushka Sharma and Julia Michaels:

Anushka Sharma last seen in 2018’s Zero, is touring with her cricketer husband Virat Kohli. She is currently in New Zealand where Team India recently played against the home team in a series of ODIs. Meanwhile, the T20I series begin today. Apart from the above photos, Anushka Sharma has been trending for her dreamy pictures with Virat Kohli from New Zealand. Here are some recent posts:

After debuting in Bollywood opposite Shah Rukh Khan in 2008’s Rab Ne Ban Di Jodi, Anushka Sharma starred in films like PK with Aamir Khan and Sultan, co-starring Salman Khan. She also owns a production house – Clean Slate Films – through which she’s made films like NH10, Phillauri and Pari.

Anushka Sharma hasn’t announced her next project yet.