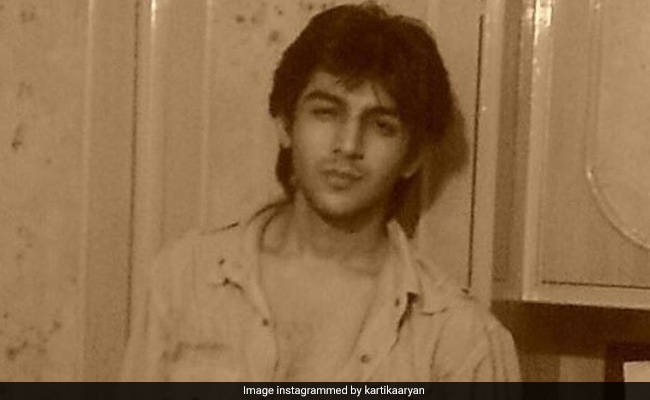 Folks, we found throwback gold on Kartik Aaryan’s Instagram and are willing to share it with you! The 28-year-old took a trip down the memory lane and fished out an old photo of himself from what appears to be sometime in 2010-2011. Sharing the priceless click with his Instafam, he revealed the story behind the click and said this photo scored him an audition for Pyaar Ka Punchnama, his Bollywood debut, which released in 2011.”When the hair wasn’t up. The photo that got me my debut film’s audition. Maine Pyar Kiya look to Pyaar Ka Punchnama,” read Kartik Aaryan’s caption.

Shared on Wednesday afternoon, Kartik Aaryan’s photo garnered almost 5 lakh ‘likes’ in an hour and the number continues to increase by the minute.

Next up, Kartik Aaryan has Luka Chuppi in the pipeline, in which he co-stars with Kriti Sanon. Luka Chuppi is expected to hit screens this year.