​Benfica president Luis Felipe Vieira says money will not get in the way if Jose Mourinho wants to return to management in his homeland.

Mourinho, who was recently sacked by Manchester United after a poor start to the 2018/19 season, had a brief spell at Benfica at the beginning of his managerial career but left after just nine games because of a disagreement with the club. 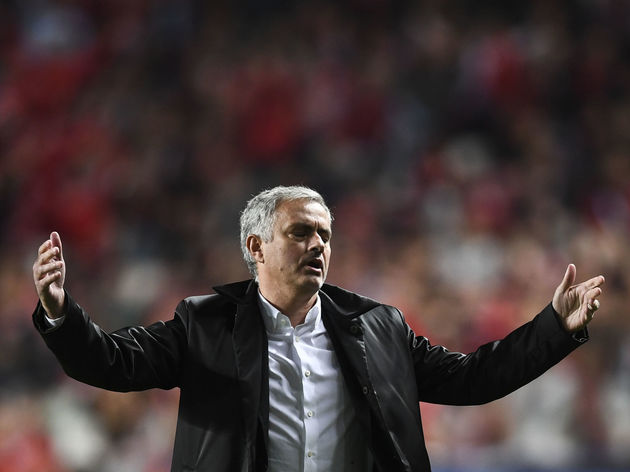 Benfica have been without a manager after manager Rui Vitoria was sacked and Sky Sports recently suggested that Mourinho turned down the opportunity to manage the Portuguese side.

However, Benfica president Vieira has revealed money will not get in the way if Mourinho fancies a return to Portugal after his spell in England.

He told Portuguese broadcaster ​SI​C, as quoted by ​the Daily Mail: “I am his friend. Who would not like to have Mourinho? I have not talked to him. If he says yes tomorrow, he’ll be here at the drop of a hat. Money is no issue for Benfica.”

Mourinho has been out of a job since his sacking at ​United in December, where he won the Europa League and League Cup in two and a half seasons. However, his side’s inability to keep up with this season’s title hopefuls ​Liverpool and ​Manchester City and some poor results, including losses to Valencia and Liverpool, led to United’s decision to axe him.

Benfica are currently third in the Primeira Liga and sit seven points off Porto, who are top. Bruno Lage has been placed in temporary charge of the first team until a permanent appointment is made.

This plus-size model went bald for a bridal shoot