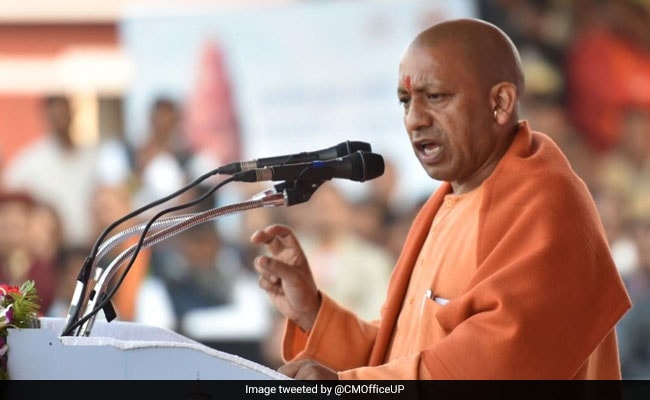 The Mamata Banerjee government has denied landing permission for a helicopter that’s expected to carry her Uttar Pradesh counterpart Yogi Adityanath for a rally in the state. The rally is expected to be held later today at Balurghat in north Bengal, more than 400 km from Kolkata.

Yogi Adityanath office said permission was withheld “without any prior notice”.

“This is the result of the popularity of the UP chief minister that Mamata Banerjee did not even allow his helicopter to land,” Mritunjay Kumar, Information Advisor to CM Yogi Adityanath, was quoted as saying by news agency ANI.

This is the second instance landing permission has been refused for a chopper carrying a BJP leader.

Earlier this month, permission was withheld for the chopper of BJP chief Amit Shah. The state government said the landing facilities were inadequate at the Malda airstrip. The BJP chief was forced to opt for a private helipad.

The Ganatantro Bachao (Save democracy) rally was expected to be held around 1 pm. A number of BJP workers are holding a protest outside the house of the local magistrate.

It has now been decided that the UP Chief Minister’s chopper will land at the Raiganj camp of the Border security Forces and he will proceed by road to Balurghat to address the rallies, reported PTI quoting party sources. “He will return to Raiganj to address the next rally,” Mr Ghosh said.

Watch your back: A guide to tourist scams around the world