Three people were critically injured in a traffic accident in central Delhi today after a speeding luxury sedan hit an auto-rickshaw.

The expensive Bentley car, being driven by killed industrialist Ponty Chadha’s nephew according to the police, was completely left in tatters after the accident.

The car had apparently hit a lamp-post after hitting the auto.

The auto too was left crumpled by the side of the road. Two Russian women who were in the auto and its driver were seriously injured.

They were taken to the Dr Ram Manohar Lohia Hospital.

The accident took place on Vinay Marg, a high-security area in Chanakyapuri lined with foreign embassies. 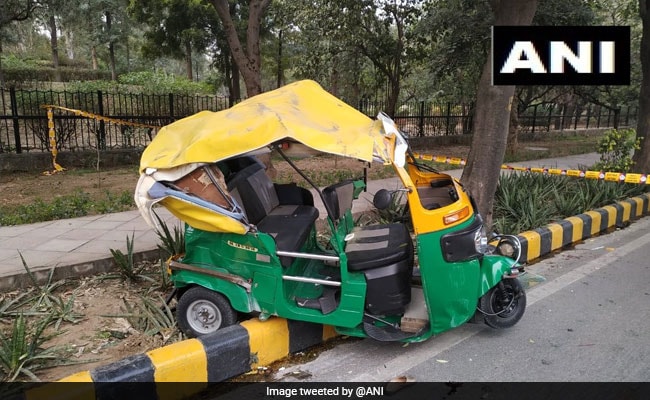 The passengers in the auto and the driver were seriously injured.

The driver of the Bentley was caught by people and handed over to the police. He has been identified as Ashis Chadha, the nephew of liquor baron Ponty Chadha who was killed in 2012, the police said.

He had two policemen from Punjab following him in an escort vehicle as security, they added.

Mr Chadha is being questioned.

In 2015, nearly half of the total road deaths were directly linked to speeding.