Buying a new pair of headphones can be a confusing affair, particularly because of the huge number of brands available. Although it might seem simple enough to pick something based on how much you want to spend, the wrong choice could leave you unsatisfied. There are some brands that you don’t often go wrong with, and Beyerdynamic is one of them.

One of Beyerdynamic’s latest products is the Beat Byrd, an ‘affordable’ pair of in-ear headphones with a no-nonsense approach to music. Priced at Rs 2,199, the Beat Byrd can claim simplicity as its USP. In a market where good earphones can be purchased for under Rs 1,000, can the superior brand name justify this price tag? We find out in our review of the Beyerdynamic Beat Byrd.

Let’s start off with a simple opinion — the Beyerdynamic Beat Byrd doesn’t boast of the best design among earphones priced under Rs 2,500. Smaller brands offer metal casings, better cables, and in-line remotes with microphones at this price. Therefore, the plastic casings, simple rubber cable and lack of a microphone on the Beat Byrd comes across as odd. You’re clearly paying for brand value here.

The Beyerdynamic Beat Byrd is the among the most affordable products from the German company, which does offer some explanation as to why build quality is so ordinary. The focus is on sound quality, which has been tuned to suit most popular genres. The only add-ons in the box are two additional pairs of ear-tips, indicating the level of simplicity of the overall sales package.

The Beat Byrd features 9mm dynamic drivers, an impedance rating of 18 Ohms, and a frequency response range of 18-21,000Hz. The plastic casings make for a light and extremely comfortable fit.  They fit easily in our ears and stayed in place. There is a bit of cable noise to complain about here, but the cable itself is sturdy, like the rest of the device. 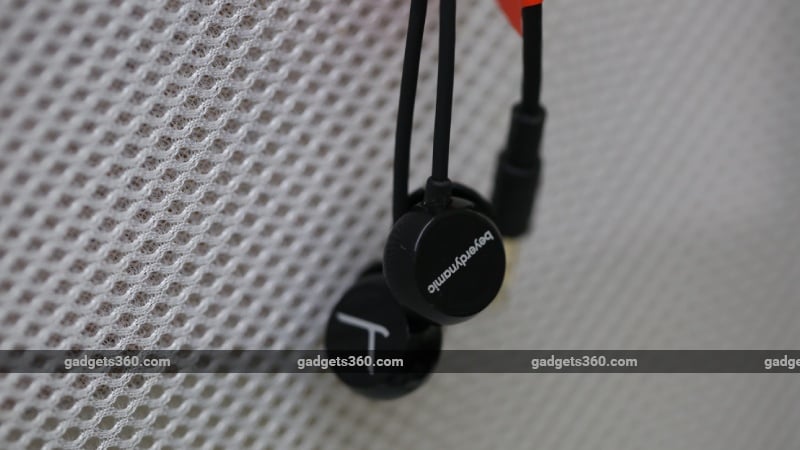 After a slight chuckle at Beyerdynamic’s rather audacious claim of punchy bass, we began actually dissecting the sound of the Beat Byrd. When it comes to sonic signature, there’s not much to complain about if you listen to popular genres. The sound is largely V-shaped, favoring bass and treble ever so slightly over the mid range, and avoiding excesses of either. It’s a comfortable sound that won’t cause much listener fatigue. It goes against that previously mentioned claim of punchy bass, but we’re better off for it.

For this review, we primarily played audio tracks using Apple Music on an Android smartphone, along with a few high-resolution audio files as well. The difference in sound quality wasn’t strongly discernible between high and low resolution tracks, which is down to the average soundstaging of these earphones. It’s hard to sense a lot of width in the soundstage, suggesting that we aren’t getting much beyond basic stereo separation on the Beyerdynamic Beat Byrd.

Fast-paced music at full volume did tend to sound slightly messy, but on the whole you will get a decent enough basic audio experience from this pair of earphones, that to some extent fits the price tag. It wasn’t quite as loud as it should have been, but that does heavily depend on the source.

The Beat Byrd does a fair job with audio in games and video as well, although it’s low peak volume may disappoint in these use cases. 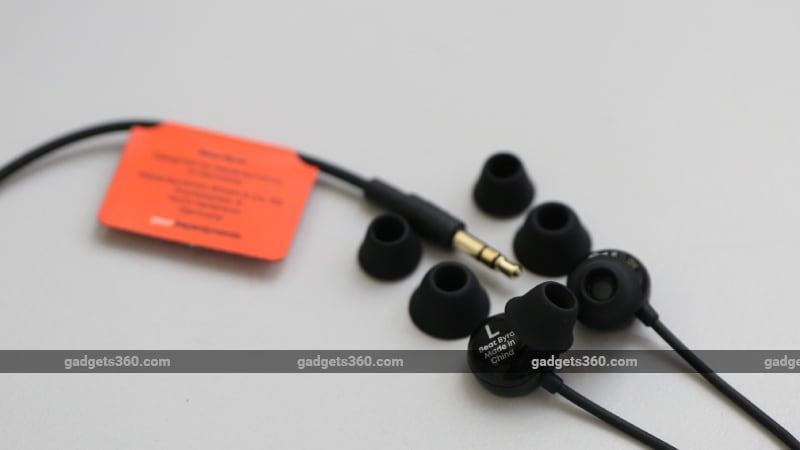 Verdict
Beyerdynamic is typically a high-end brand known for building headphones that get sound accuracy right, so the idea of getting a top brand for less than Rs. 2,500 is enticing. While build quality isn’t bad, other better-built options might appeal more to many potential buyers.

It’s definitely fair to say that while these earphones aren’t heavy on the bass, they sound decent enough even with bass-friendly music. This inoffensive sonic signature and an extremely comfortable fit are big pros for the Beyerdynamic Beat Byrd.

If you’re keen to invest in a top brand with a proven reputation in sound quality, this pair of earphones is worth a look. However, the lack of a microphone means that hands-free calling isn’t a possibility, which might be a big deal-breaker for many.

Marvel’s Avengers Game Length Hinted At, Story to Run ‘Over the...