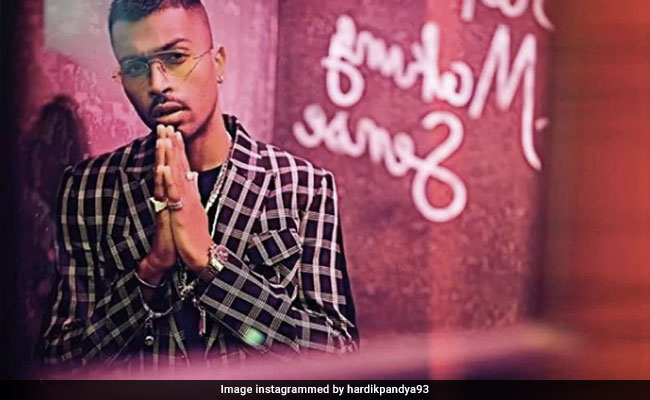 The thing about bullies and jerks is they have no staying power the moment they are called out, just like with Hardik Pandya and his fake swagger on Koffee with Karan. Caught on the wrong foot, the cricketer scrambled to do some damage control, ‘I got carried away by the nature of the show’. Irony died many deaths as he signed off with a hip-hop-style ‘respect’, given he had just spouted some of the most disrespectful comments heard on national television.

Like Bollywood, a large percentage of Indian cricketers seem to live in a bubble. Why else would Hardik Pandya behave like he has never heard of #MeToo? A combination of unimaginable wealth, overnight fame and the glamour of IPL is an intoxicating cocktail. Perhaps it makes one forget that dressing room banter stays in the dressing room. This was Pandya’s response on the show when asked why he didn’t make the effort to know a woman’s name at a club: ‘I’m little from the black side so I need to observe and watch how they move. “Black” side? Pandya, with his mix of racism and culture appropriation, complete with flashy necklaces and Mogambo rings, was a Kanye West wannabe. Dwayne Bravo and the likes have nothing to worry about.

Hardik Pandya is what happens when we give a bunch of classless guys so much importance that they think every woman in the country is waiting for their text message – oh yes, it’s the same to everyone! Anyone remember Sreesanth? Adulation made him so greedy that he is now left to compete in shows like Bigg Boss (he didn’t even win). Maybe coach Ravi Shastri could focus on some checks and balances within the team instead of spending his time comparing the series win in Australia to the 1983 world cup victory.

So what exactly has Pandya apologised for? His sexist bragging on hooking up with women whose names were not worth his precious time? Or is it for the story on running to mummy-papa to tell them how he had lost his virginity? “Main karke aaya hai aaj (I did it today),” redefines crassness. Was he a tad embarrassed about the anecdote he narrated to a very attentive host about pointing at several women while boasting about his conquests to his parents? Pandya wants us to believe that his folks reacted with a “Wah! Proud of you beta“. In the backdrop of women gathering courage to speak openly against sexual harassment, this kind of trash passed off as entertainment trivialises a movement and telegraphs to countless men that there really are no boundaries. The host has a lot to answer for.

What of the smug and giggly Karan Johar, he who thrives on scandal and sensationalism? Could he have reined in this misogyny and vulgar display? Sure. But the filmmaker apparently had as much of a “blast” as the boys.

A first for koffee!!!!! CRICKET!!!! With these young forces I had a blast!!!! They hit it out of the park! Tonight!!! @hotstartweets@klrahul11@hardikpandya7@StarWorldIndiapic.twitter.com/tb6Q637qjc

Johar on his show was like the IPL cheerleaders, egging on the boys to score. He was complicit in encouraging the cricketers to show utter disrespect to women; anything he says now after the furore will not count. This is the same man who had, as Me Too revelations exploded in India, apologised for objectifying women in the song ‘chikni chameli’. Guess what, Karan Johar, you actually succeeded in making ‘chikni chameli’ look respectable! Johar may yet apologise because when the going gets tough, the filmmaker backtracks and goes all meek. Until the next time.

Karan Johar should be in the dock, just like the cricketers, who have been issued notice by the cricket board BCCI partly in response to the public outcry. Are you telling me the board is unaware of the monsters it is breeding, as shallow as the T-20 game they play?

The definition of a world-class player is his ability to handle fame with dignity. Captain Virat Kohli’s brashness gets hidden by his enormous talent. From the days of VVS Laxman and Rahul Dravid, how the mighty are falling. Thank god for Cheteshwar Pujara.

(Jyotsna Mohan Bhargava worked with NDTV for more than a decade and now writes on a variety of topics for several news organisations.)