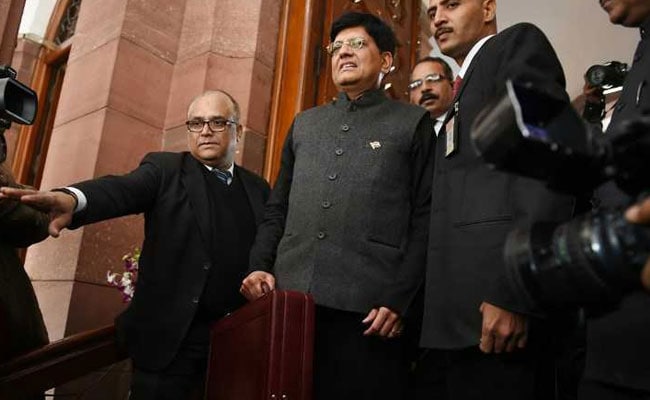 If the BJP does not win the upcoming election hands down after this mammoth exercise in giveaways on Budget Day, then obviously it’s more than money that is bothering people. And it could be that that people no longer believe the promises of the BJP. Which is why the Finance Minister, in his two big “giveaways” to people, said that they would be implemented from this fiscal year and that the farmers would receive Rs 2,000 as the first installment very soon (read before the elections).

Probably no previous Budget has tried to give so much to so many in such a short time. From farmers to drivers, domestics to handloom weavers, from the huge tribe of nomads to 3 crore middle class people, the budget has seemingly something for everyone.

It is like Diwali on a cold February morning in Delhi.

While the stock market seemed to wake up late in the speech to climb over 1 per cent; the clouds soon covered the skies in Delhi. Maybe the Gods had the same thought as many of us – where is the money coming from?

The simple answer for the government would be to say, who cares? If we win, we will worry about it, and if we don’t, we are leaving the next Finance Minister the biggest headache since 1991, when the country was almost bankrupt. Or perhaps, the secret lies in this government’s unfailing belief that numbers, like money, are fungible, so why worry? A small sleight of hand and the blessing of the all-knowing NITI Aayog, and all is well.

Only the day before the Budget, GDP growth took a well-timed leap and thereby solved the problem of fiscal deficit. Had the growth been what most thought it was, fiscal deficit for this year would have crossed 3.5 per cent and the same would hold true for any projection for next year. And this was the second revision of GDP figures in the recent past.

Having crossed the all-important threshold of a controlled fiscal deficit, the next stop was to look at the expenditure for the next year and tweak that. While the Finance Minister saluted the armed forces and expressed his party’s solidarity with them, telling the House that “for the first time the Defence Budget has crossed Rs 3 lakh crores” (to much table-thumping from the Treasury benches), he forgot to mention, as Defence Specialist Ajai Shukla pointed out, that this was an increase of 2% from last year, less than the rate of inflation. So in actual fact, Defence is getting less. But don’t worry, NITI Aayog will explain that while massaging the job data.

Similarly, Establishment Expenditure is up a mere 5% and Transfer for Centrally Sponsored Schemes up 7%, which means little or no real increase after correcting for inflation. More importantly, Capital Expenditure is also hovering at a 6% increase in budgetary support and actually down 1% on total spend.

The other way to make the budget numbers look palatable when you have in your sixth budget decided to spend boldly on supporting the weaker voting sections is to project great revenue figures. They did this last year with GST, claiming that there would be an astronomical leap of 26% (corrected for 12 months) but ended up 12% short. Now they want you to believe that they will manage an 18% increase or just about 1.2 lakh crores more than this year. Similarly, income tax revenues, which, by the way, have seen a buoyant 23% increase this year, need to deliver a 17% increase next year. You would believe that if it wasn’t for the fact that the finance minister claims that his tax giveaways costing Rs 18,500 crores actually means that the remaining tax payers must deliver a 21% increase. Possible, but not that probable.

The other problem with the speech was that it promised farmers much, but like in many states where money has been transferred for land holdings (as in Telangana) the landless labourers and the tenant farmers seem to have been forgotten. Or perhaps that did not come through in the speech properly because it would seem that 130 crore farmers who are to benefit should include these people as well.

Perhaps it is unfair to attack the budget on fiscal grounds. After all, it was more than that. It was a eulogy to the BJP government’s five years in power and the promise of a $10 trillion economy by 2030, when everyone will have a home, water, electricity, health care, clean air, pensions and all else. It was and is a shorter version of a political manifesto but with a lot of sops upfront that could sway a large number of voters. Both the farmers’ income and unorganized sector pensions kick off now, so voters could see money in the bag quite early. If the elections in Madhya Pradesh and Chhattisgarh, where the Congress promised loan waivers, are anything to go by, then promises like these can work.

The one issue that the government and the Finance Minister were unable to address was jobs. And beyond the world of handouts, however much the NITI Aayog denies it, jobs are scarce and they are not being created in the 10s of millions like they need to be. This no amount of budgetary handouts can solve, and hiding from the reality of unemployment is probably the biggest error that this budget has made.

Hundred days from now we will know if money, mandir and Modi work, or whether they will fall at the altar of realities. Meanwhile, enjoy the early Diwali.