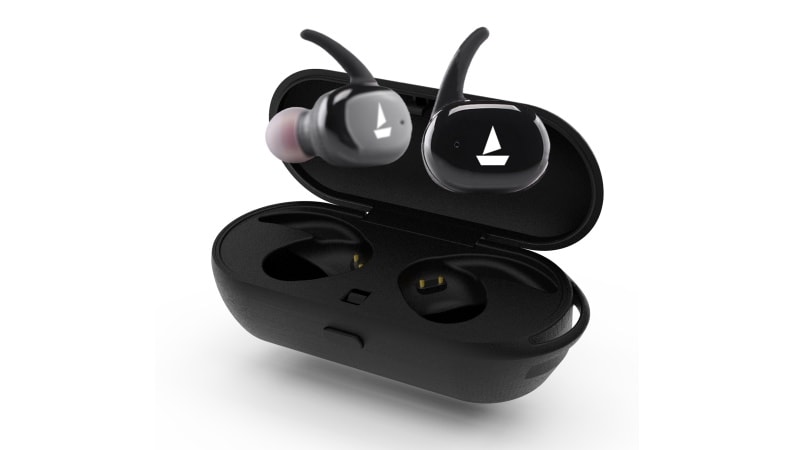 While Bluetooth earphones have been around for a while now, most options have wires running between the two earbuds. This might be a bit inconvenient in some use cases, which is why true wireless earbuds have gained popularity. Taking on the trend with its latest product, Boat has launched the Airdopes 211 true wireless earbuds in India, at an introductory price of Rs. 2,499. The Airdopes 211 is available now on Amazon India and comes with a portable charging case with its own additional battery backup.

The Boat Airdopes 211 has a 45mAh battery in each earbud. The charging case itself has an additional 450mAh battery, which allows the user to top up the batteries on the go. The earbuds are claimed to offer 2.5 hours of listening per charge, with the case stated to charge the earbuds three to four times over. The charging case itself charges using its Micro-USB port, and also has light indicators to show the charge level on the case.

Apart from that, the headset is powered by Bluetooth 4.1, with support for the A2DP profile. The headset also features 8mm dynamic drivers, with a frequency response range of 20-20,000Hz and driver sensitivity of 93dB. The Boat Airdopes 211 are also IPX4 rated for dust and sweat resistance, and weigh about 11 grams. Interestingly, there are also capacitive touch controls on the side of each earbud, which help you control playback and volume.

Alibaba Lets Small, Medium US Businesses to Sell on Its Platform