​Borussia Dortmund’s head of the licensed player division and former midfielder Sebastian Kehl has confirmed that Marco Reus will be unavailable for the club’s upcoming Champions League last 16 tie against Tottenham.

Reus, 29, sustained a thigh injury during the club’s DFB-Pokal Cup defeat to Werder Bremen earlier in the month, resulting in the attacker missing Dortmund’s most recent game, a 3-3 draw against TSG Hoffenheim in the Bundesliga. 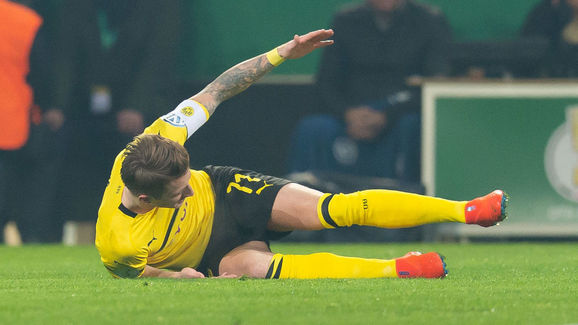 While ​BVB gave the club captain every chance to prove his fitness ahead of the first leg of their Champions League last-16 tie, Kehl has confirmed that ​Reus will be absent for the game at Wembley.

As quoted by ​ESPN, he said: “We would, of course, have liked to have him in London, because his presence is a bit intimidating for the opponent. But we’ll compensate for his absence.”

– Bundesliga Player of the Month awards: 3

Positive news for Spurs as the German will miss their Champions League last-16 fixture on Wednesday!#TOTBVB pic.twitter.com/zlVPokZR5o

News of Reus’ absence will come as a huge blow for Dortmund, with the forward in fine form for Lucien Favre’s side this campaign, scoring 17 goals and providing 11 assists across all competitions.

Dortmund have also been dealt further blows ahead of the game against Tottenham, with

Lukasz Piszczek, Julian Weigl and Paco Alcacer all seemingly unavailable for the game having failed to travel to London with the rest of the squad, according to Florian Groeger of Ruhr Nachrichten.

Instead, the current ​Bundesliga leaders may be forced to rely on 18-year-old Jadon Sancho to provide them with some attacking impetus, having already scored eight goals and providing 13 assists this season.

Syrian refugee in US arrested for plotting church attack