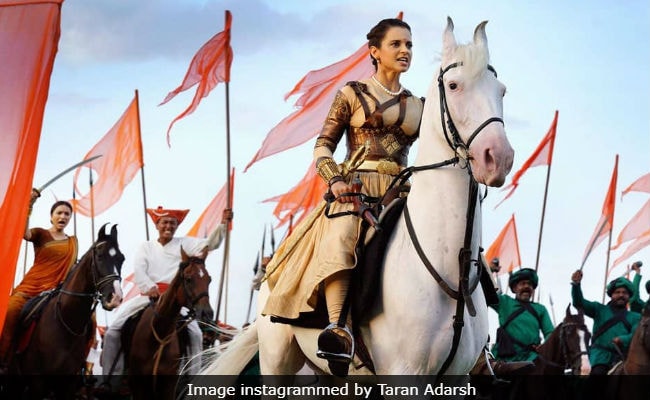 Manikarnika: The Queen Of Jhansi closed the first week collection at Rs 61.15 crore (in Hindi Tamil and Telugu versions), reported trade analyst Taran Adarsh. The filming starring Kangana Ranaut in titular role recorded an “excellent weekend” at the ticket window and maintained a “healthy trend” in the weekdays, he added. “Manikarnika scores in Week #1. It had excellent weekend (Republic Day holiday) and healthy trending on weekdays. Weekend #2 is crucial,” he wrote. Manikarnika is based on the life of Rani Laxmi Bai and it also stars Ankita Lokhande, Jisshu Senguta and Atul Kulkarni.

Take a look at the latest box office report of Manikarnika: The Queen Of Jhansi –

Manikarnika is jointly directed by Kangana Ranaut and Krish, however, both are currently contesting over the title of the film’s primary producer. Kangana Ranaut’s sister Rangoli Chandel claims the actress directed most of the from after Krish left to make the NTR biopic while Krish alleges that 70 per cent of his work has been retained in the film’s final cut. Pooja Bhatt, Bejoy Nambiar and Apurva Asrani have supported Krish while Manikarnika writer Prasoon Joshi along with actress Waheeda Rehman and Asha Parekh have praised Kangana for her directing abilities.