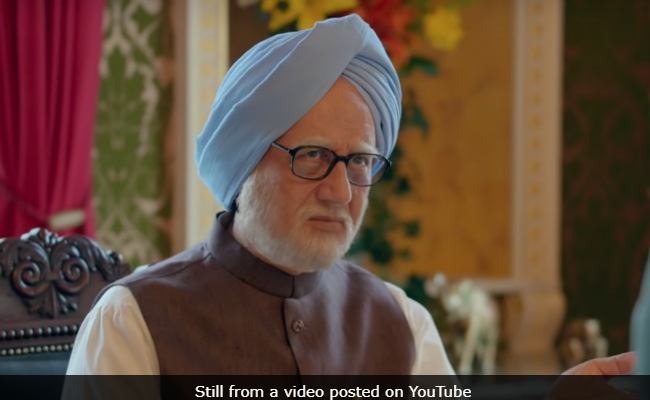 Vijay Ratnakar Gutte’s political drama The Accidental Prime Minister, which features Anupam Kher and Akshaye Khanna in lead roles, “grossed a decent Rs 3.50 crore on say one,” reports Box Office India. “The Accidental Prime Minister grossed a decent 3.50 crore net on day one and again it is helped by the tax changes compared to the films of last year. The film was helped by it being a little controversial which got it some media hype which created awareness,” stated Box Office India report. According to the report, The Accidental Prime Minister is a “total multiplex film” and it is likely to perform better in metropolitan cities. “This film is also a total multiplex film and for metros as well and it remains to be seen how it goes over the weekend. If the controversy has really pushed the numbers a lot on day one then it could struggle for growth over the weekend,” read an excerpt from the report.

The film clashed with Vicky Kaushal’s Uri: The Surgical Strike at the box office. However Vicky Kaushal’s film emerged as a clear winner as it garnered Rs 8.25 crore on its opening day. The Accidental Prime Minister opened to poor reviews. In his review for NDTV, film critic Saibal Chatterjee gave the film 1.5 stars out of five and wrote: “The Accidental Prime Minister carries an upfront disclaimer that asserts that it is intended only for entertainment and admits that creative liberties have been taken in the interest of dramatisation. The film, however, is neither hugely entertaining nor engagingly dramatic.”

The political drama has been directed by Vijay Ratnakar Gutte. Besides Anupam Kher and Akshaye Khanna, the film also features Lipstick Under My Burkha actress Aahana Kumra as Priyanka Gandhi, Arjun Mathur as Rahul Gandhi and Suzanne Bernert as Sonia Gandhi.