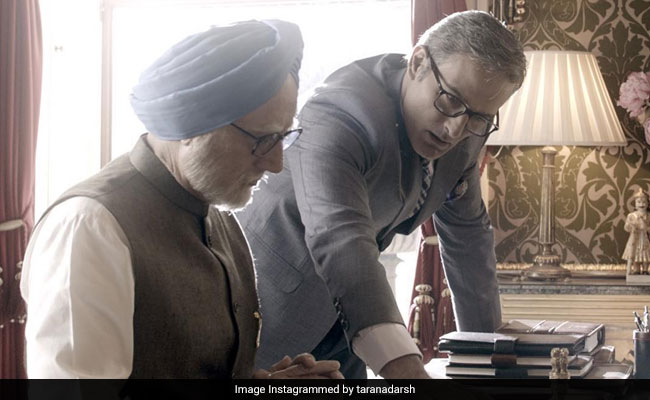 Anupam Kher’s political drama The Accidental Prime Minister, which hit the screens on Friday, collected Rs 4 crore on Day 2, a Box Office India report stated. The report stated that the film witnessed a “limited” growth of 15% and it currently stands at Rs 7.50 crore. “The Accidental Prime Minister had limited growth on Saturday with a jump of 15% approximately. This was sort of expected as the first day collections were pretty high for this type of film which meant it was the controversy which aided the film. The film collected Rs 4 crore nett on Saturday to take its total to 7.50 crore nett which is still good collections for two days though the trend is not that good,” the report stated.

Vijay Ratnakar Gutte-directed The Accidental Prime Minister clashed with Uri: The Surgical Strike at the box office. Vicky Kaushal’s film emerged as a clear winner since the film garnered over Rs 20 crore in two days. In his review for NDTV, film critic Saibal Chatterjee gave the film 1.5 stars out of five and wrote: “Co-written and directed by first-timer Vijay Ratnakar Gutte, the film has an unequivocal agenda and spares no effort to make its point in bold relief. If there is anything at all going for it, it is the fact that it breaks something akin to new ground: it is Bollywood’s first ‘fiction’ film about real politicians and bureaucrats who held sway over India not all that long ago.”

In The Accidental Prime Minister, Anupam Kher plays the character of former Prime Minister of India Dr Manmohan Singh while Akshaye Khanna played the role if his media advisor Sanjaya Baru. The film is based on the eponymous book by Sanjaya Baru.