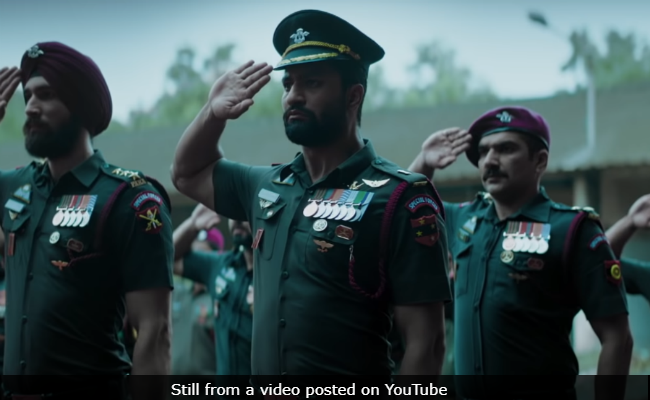 Aditya Dhar’s Uri: The Surgical Strike, starring Vicky Kaushal and Yami Gautam, might not have opened to great reviews from film critics but the film had a “good start” at the box office on its opening day, reports Box Office India. The film which opened in theaters on Friday, managed to collect over Rs 8.25 crore on Day 1. “Uri had a pretty good opening day of around 8-8.25 crore net. This is a very good number considering the face value of the film though if we compare with the films of last year then the value is less,” stated Box Office India. According to the report, the high-octane action film is expected to perform well over the weekend as well. “There should be good growth over the weekend but it will be about how well the film holds over the weekdays. The opening day number is good for the face value of the film but the film has a lot of work to do as the budget is very high for the face value of the film,” read the report.

According to the Box Office India report, a major portion of the film’s success could be attributed to its impressive business in the big cities. “Despite being an action film it is mainly the big cities that are doing well while smaller centers are low and single screens all over did not really collect,” read an excerpt from the report.

Uri clashed with with Anupam Kher’s The Accidental Prime Minister at the box office, which collected over 3.50 crore on its opening day. Uri opened to largely average reviews. Film critic Saibal Chatterjee, in his review for NDTV, gave Uri two stars out of five and praised Vicky Kaushal for his impressive performance. He wrote: “Lead actor Vicky Kaushal, on his part, plays a steady hand and delivers the goods to an extent that, at times, seems somewhat wasted on a film that falls well short of being rousing.”

Uri: The Surgical Strike is based on the surgical strikes which were carried out by the Indian army in 2016. Besides Vicky Kaushal, the film also features Yami Gautam, Paresh Rawal, Kirti Kulhari and debutante Mohit Raina. The film has been directed by Aditya Dhar and it has been produced by Ronnie Screwvala.