‘Kanyadaan’ or the ‘giving away of the bride’ is a popular Hindu ritual where the father of the bride ‘gives away’ his daughter. While weddings, in general, are an emotional rollercoaster, right from the grand entry of the Baarat to dancing with joy during the various ceremonies, it is particularly the Kanyadaan ritual that evokes a thousand emotions in everyone present at the wedding. 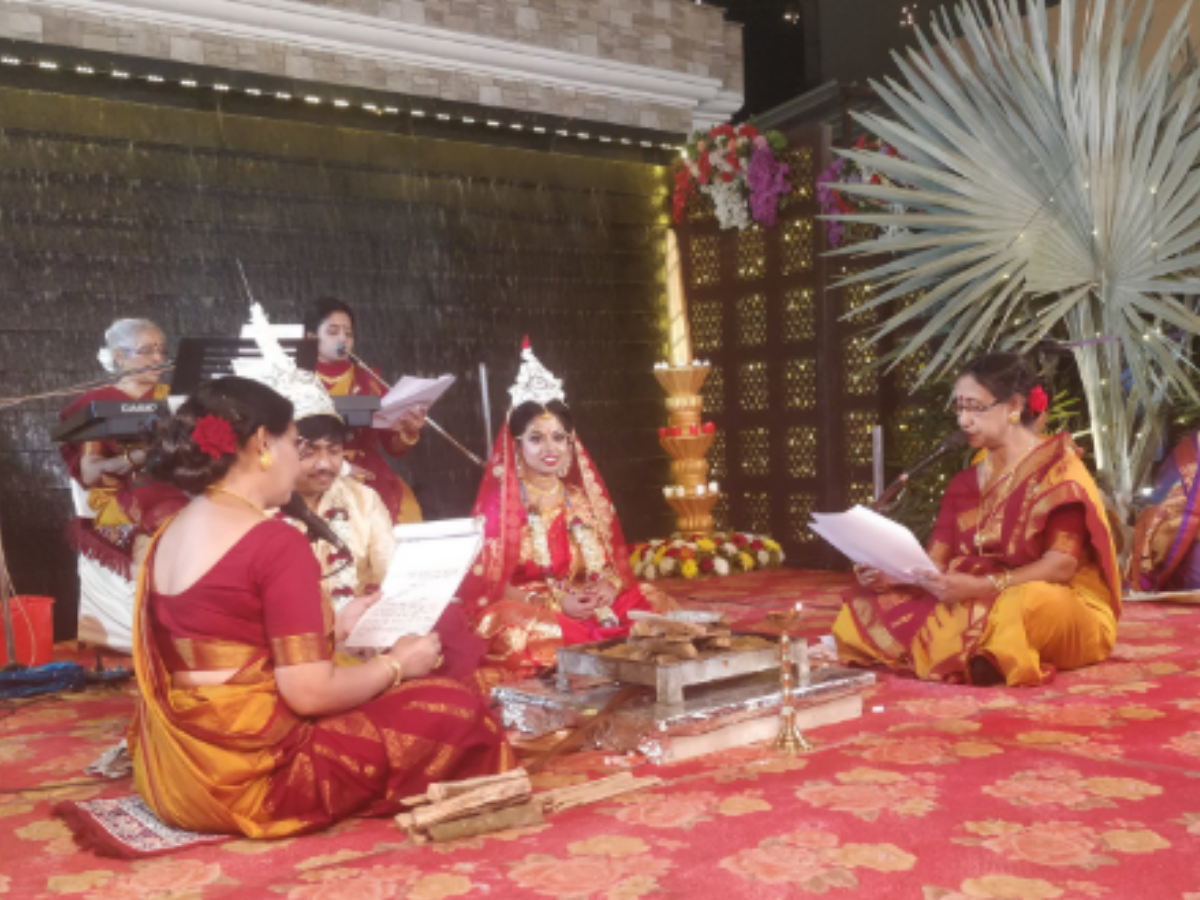 One such ritual of Kanyadan in a Bengali wedding is going viral on the internet for all the right reasons. While this ritual is a part and parcel of every Hindu wedding, a Bengali father who has taken an incredibly progressive stand is sure to melt your heart.

For starters, there were only female priests called in for the wedding, which is quite an impressive statement in itself. Secondly, and more importantly, when the father of the bride was called for Kanyadaan, he straight up refused to do the custom.

I’m at a wedding with female pandits. They introduce the bride as the daughter of <mother’s name> and <father’s name> (mom first!!!). The bride’s dad gave a speech saying he wasn’t doing kanyadaan because his daughter wasn’t property to give away. 🔥🔥🔥 I’m so impressed. pic.twitter.com/JXqHdbap9D

His reason is refreshingly feminist. The Bengali father won the internet by saying that his daughter was not a property that he needed to give away. His strong take at the age-old, traditional custom has not only challenged the patriarchy but has actually set quite a progressive example.

This is excellent. Thank you for sharing.

For the uninitiated, the post spread like a wildfire on the internet after being shared on Twitter by a writer Asmita Ghosh. This insanely viral post has been lauded by the Twitterati and people online for its progressive thinking.

She captioned the picture, “I’m at a wedding with female pandits. They introduce the bride as the daughter of and (mom first!!!). The bride’s dad gave a speech saying he wasn’t doing kanyadaan because his daughter wasn’t property to give away. I’m so impressed.”

While netizens were having a hard time believing that something this amazing could happen in India, the reactions were incredibly heartwarming. Read it for yourself.

In which planet did this happen ? Beautiful people.

Who are these woke people?! Would love more context, like a general how did they pull it off thing 🙂

That’s incredible and what a brilliant thing to read first thing! Also it looks like a Bengali wedding? The headgear is so familiar! 💕

Good one! My brother who is very well read in the old scriptures also did not do Kanyadaan for the same reason! He won arguments with several pundits for it. Please convey support to the family. @Mohanalmal

In fact, recently a Bengali bride was in news for refusing to toss a handful of rice grains over her head–a ritual which signifies that the bride has ‘paid the parent’s debt’– by saying that one can never really repay the parent’s debt.

All we can say is bravo to these amazing and strong people who are questioning these age-old customs and rituals.