Brighton and Watford shared the points at the Amex Stadium on Saturday afternoon, with Ben Foster earning Watford an undeserved draw on the Hornets’ trip to the south coast.

Both sides shared the early stages of the game, enjoying spells of possession without too much attacking intent with neither goalkeeper having to face an effort on target in the first 40 minutes.

The first chance did finally arrive courtesy of the ​Seagulls and from Jurgen Locadia, who met Pascal Groß’ searching cross at the back post. The Dutch attacker thought he had found the near post with his guided header, only for Ben Foster dive to parry the ball away from the goal. Some of the fans at the Amex Stadium may have been woken up by referee Simon Hooper, as he blew his whistle to signal the end of a truly awful first 45 minutes. The start of the second half did thankfully see the game open up, as both teams became slightly less rigid in their search for the game’s opening goal.

The home pressure continued as the second half went on as Ben Foster started his one-man rescue mission in goal for Watford. The Englishman spectacularly denied another Locadia header and a Shane Duffy overhead kick to maintain parity for the visitors, as the home side piled the pressure on. The Hornets keeper was called upon again as Seagulls substitute Florin Andone burst in on goal after a lovely through ball.

The second half though, whilst it was an improvement on the first, still did very little to capture the attention as Watford held on to claim a point. Brighton will be disappointed that they could not make more of the chances that they managed to carve out.

January has been tough for the Seagulls, with defeats against Manchester United and Liverpool. Their first game of February against the Hornets presented Brighton with an opportunity to grab a much needed win in front of their home fans after four games without victory in all competitions. It just never looked like it was going to happen for Chris Hughton’s side, with Ben Foster keeping out the few chances they had. They will hope their winless run will not continue much longer, otherwise they may need to start looking behind them as the season comes to its conclusion.

The Brighton wide man, at times, was the only thing that made this game watchable. 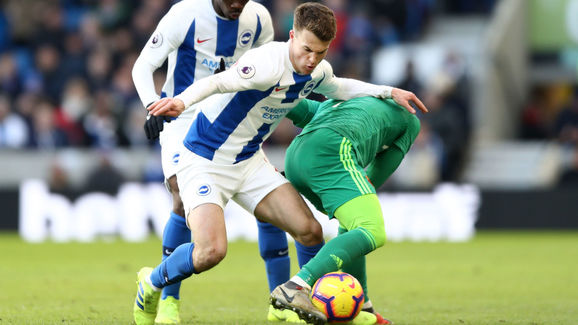 Bright, energetic and direct, March always looked to cut in from the right hand side and make something happen for his team. Unfortunately it was to no avail on this occasion.

The veteran striker was a victim of poor service, having very little to work with during his 70 minutes on the field.

His best chance came from a free header in the Watford box, which he nodded over the bar by some distance. The worst part about the opportunity however, was that Murray’s header took the ball away from an onrushing Shane Duffy, who was set to meet the ball without anyone marking him until Murray launched his header into the stands.

For much of this game, Javi Gracia’s side looked tired and scrappy. The passing was far from slick, they were wasteful in possession and they really struggled to bring Gerard Deulofeu and Troy Deeney into the game. Brighton looked the more likely of the two teams to make a break through, and the performance will worry Gracia, as his side never really threatened Mat Ryan in the Brighton goal.

He did not let his side down, despite the frightening lack of activity taking place in front of him.

Two fantastic saves from Locadia and an inventive one to deny Duffy ensured he kept a clean sheet and gave Watford an undeserved point from this encounter.

The Spaniard had no effect on the game at all. 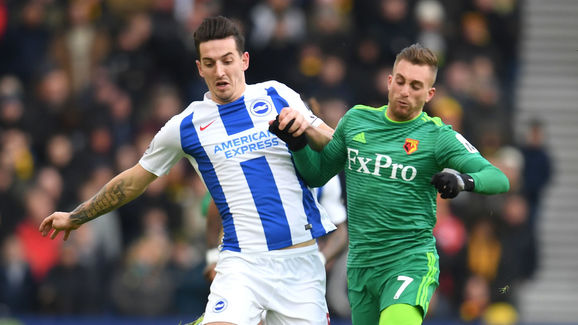 Brighton have domestic cup duties to contend with on Wednesday, as Chris Hughton and his team travel to The Hawthorns for their FA Cup fourth round replay against West Brom.

Watford are back at Vicarage Road for their next Premier League game for what has become something of a grudge match against Everton, after the two sides fell out over the Toffees’ approach for Marco Silva.

Scott Parker Hails Fulham's Second Half Performance & Insists His Side...