Arsenal’s 1-0 loss to Sheffield United on Monday was hugely disappointing for a number of reasons.

Not only did the Gunners drop points in their pursuit of a top-four finish, but they were shown yet another yellow card for simulation as 18-year-old Bukayo Saka was deemed to have dived to try win a penalty in the 35th minute with his side 1-0 down, even though replays showed there may have been some contact. Regardless of whether the decision was correct or not, the yellow card still stands, and ​Opta note that the booking takes their tally of yellow cards for diving up to seven since the start of last season, which is more than any other ​Premier League side.

​Arsenal picked up a whopping six bookings for simulation last season, two more than ​Tottenham Hotspur, who ended up second in the standings with four yellow cards.

The Gunners’ diving controversies started back in December 2018 in a 1-0 win over ​Huddersfield Town, in which no less than three players were booked for attempting to deceive the referee. 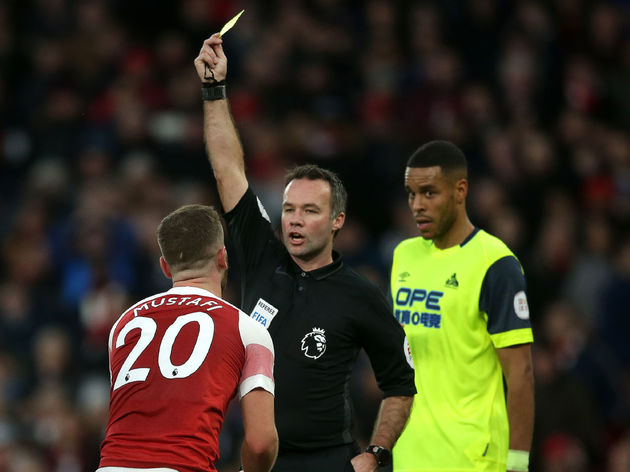 Granit Xhaka, Shkodran Mustafi and Mattéo Guendouzi all had their names taken by referee Paul Tierney, in what was a scrappy game for both sides.

​Alexandre Lacazette added Arsenal’s fourth booking of the season with a dive in a 2-1 win over ​Cardiff City in January 2019, although replays showed that the Frenchman was perhaps a little unfortunate to be on the wrong end of the decision.

Mustafi picked up his second booking for simulation in April during his nightmare-inducing performance in the 3-2 loss to ​Crystal Palace, joining ​Southampton‘s Pierre-Emile Højbjerg as the only played to be booked for diving twice last season. A dive from Sokratis Papastathopoulos against ​Brighton and Hove Albion in May took Arsenal’s tally for the season to six, and Saka has now added the first of the new campaign to take their overall tally to seven.