Sean Dyche waxed lyrical about Burnley midfielder Jeff Hendrick following the club’s 2-1 win over Fulham on Saturday, where the Irish star had a helping hand in both of the hosts’ goals.

Fulham’s André Schürrle broke the deadlock early in the match with a venomous half-volley, but two own goals in as many minutes from Joe Bryan and Denis Odoi – both diverting efforts from Hendrick into their own net – completed the turn around for the Clarets before half time.

Burnley manager Dyche was full of praise for Hendrick, who was playing in a wide right position, following the Irishman’s performance which earned the club their fourth consecutive win across all competitions.

“I thought Jeff put a sterling shift in today,” Dyche said, quoted by the club’s official website. “We ask a lot of Jeff and some people question him, but he plays all over the place and continues to play hard and do a great job for us. I hope they give him the [first] goal because it was on target.

“I didn’t think we played as well today as we did in the previous two wins, but the mentality to come back from a goal down for the second game in a row was terrific and I thought we grew into the game and ended up being the more progressive side. 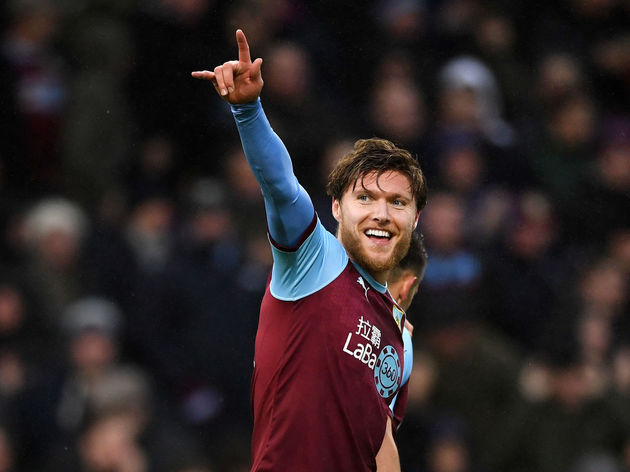 “We got a scratch of luck, but I’m not going to cry that one in because I don’t think we’ve had our share this season.”

Burnley face a trip to Watford next on the fixture schedule, before facing Manchester City and Manchester United in the FA Cup and league respectively.