Having scored 14 goals and set up a further nine during the 2018/19 Premier League season, Bournemouth striker Callum Wilson is undoubtedly at the peak of his powers.

The Cherries may have conceded the third most goals in the division, behind Huddersfield and Fulham, but their attacking threat – spearheaded by Wilson – enabled them to comfortably survive relegation, having scored more goals than any team outside of the top six.

So it’s little surprise to see Wilson on the radar of a number of European clubs – ​most notably West Ham, who are exceptionally keen. The 27-year-old first came to prominence in the eyes of many during the 2014/15 Championship campaign, scoring 20 goals in his first season at the club as ​Bournemouth won the division, accumulating 90 points.

His first two seasons in the top-flight, however, were disrupted by successive anterior cruciate ligament injuries – his right knee in 2015/16 and his left knee in 2016/17. As a result, he started only 25 times for the Cherries, although 11 goals in that timeframe was more than respectable.

The 2017/18 season saw him score eight in 23 starts, before his explosive 2018/19 campaign propelled him to the England squad and recognition among the Premier League as a talented goalscorer.

Throughout Wilson’s time in the top division, moreover, his underlying stats have improved year on year, with no reason to believe that the trend will reverse.. His non-penalty expected goals per 90 minutes has increased from 0.19 through to 0.51 in that time.

To compare to the rest of the Premier League last season, of players to have played at least half the available minutes, Wilson ranked sixth in this category, behind only ​Sergio Aguero, ​Pierre-Emerick Aubameyang, ​Mohamed Salah and Raheem Sterling – as well as ​Romelu Lukaku, whose per 90 minute stats would have been boosted by his ten substitute appearances.

This puts the Englishman amongst the best at getting on the end of chances in open play, a trait that the very top strikers tend to possess. While not renowned for being a tremendously gifted footballer – his hold up play and dribbling ability are not significant skills of his – Wilson nevertheless possesses the pace and intelligence to guarantee goals, and in that regard he is similar to ​Arsenal’s prolific marksman ​Aubameyang – albeit not as good. 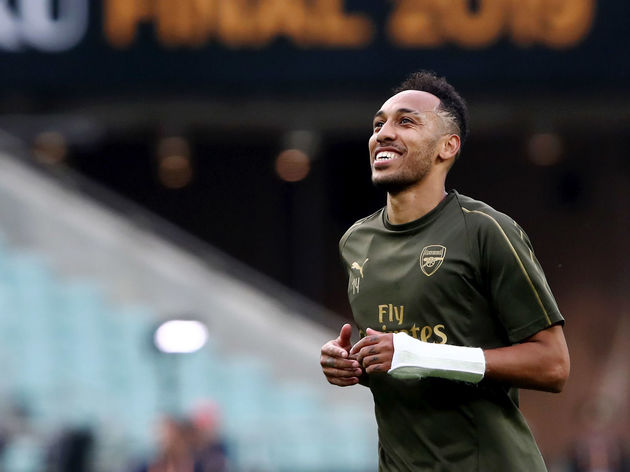 Wilson did set up his teammates for a goal nine times last season, however, showing that he is capable of keeping a clear head in the penalty box and think unselfishly. Although an over-performance on his 5.96 expected assists, his improvement in the area is evident since his arrival to the league, with his expected assists per game on an upward trend since 2016.

In fact, when combining non penalty expected goals with expected assists (both per game), Wilson again places sixth in the Premier League last season – once more behind ​Sterling, Aguero, Salah and Aubameyang, as well as Leroy Sane, evidence of his overall danger to the opposition goalkeeper.

If Wilson continues his current trajectory and remains injury free for an entire season, he is capable of hitting 20 league goals. Some luck is necessary, of course, with an over-performance of expected goals, via a deflection here and a long range scorcher there.

A lot, too, depends on Bournemouth as a team and the quality of his teammates. Even the generosity of Josh King would be helpful, who is currently on penalty duties for the Cherries – right there is an immediate three or four more goals, at least. If Bournemouth can hold on to Ryan Fraser, however, and David Brooks can progress as is expected of his exciting potential, then Wilson is sure to have plenty of service. At 27, approaching his prime, this could be the season he announces himself as a top level centre forward.

That is, of course, if he isn’t plying his trade at the London Stadium next season alongside the likes of Felipe Anderson and Pablo Fornals.

5 Managers With A Point To Prove This Season