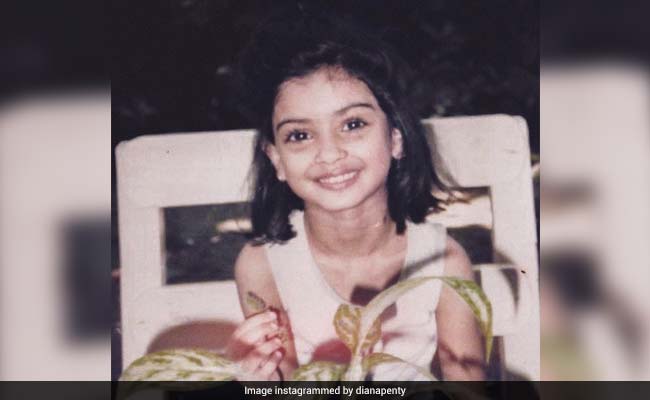 We love Throwback Thursday posts, especially the ones that feature childhood pictures of Bollywood stars. On Thursday afternoon, we chanced upon a super cute throwback picture shared by an actress that will surely make you go “aww.” Can you guess the little “Ms Botanist” in the picture? In case the name Diana Penty pops into your head, we must tell you that your guess is absolutely right. Diana gave her fans a perfect “Throwback Thursday” treat by sharing an adorable photograph from her childhood days. In the picture, little Diana can be seen posing with a plant. Apart from Diana’s priceless expressions in the picture, we also loved her caption. She wrote: “Meet Ms Botanist from the house of Penty! #ThrowbackThursday.” Just like us, a section of the Internet thought Diana made for a very cute botanist. “The cutest little botanist,” wrote a fan. “How can a child be so cute?” commented another Instagram user.

A few days ago, as a part of the viral #10YearChallenge, Diana Penty shared a throwback picture of herself from 2009 juxtaposed with recent picture on her Instagram profile. She wrote: “#10YearChallenge. Some things don’t change…Like the B/W filter. #IndulgingInTheGram.”

Diana Penty treated her Instafam to a blast from the past on Children’s Day and wrote: “Somethings just never change… Like lounging around all day, but then again, it’s always nice to celebrate the child in you. Happy Children’s Day.”