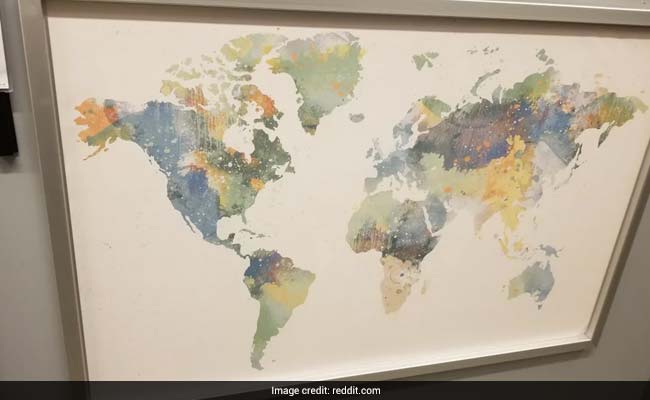 Swedish furniture company Ikea is being ridiculed online for sharing a world map with a glaring problem. A post shared on Reddit on Thursday has gone viral online. It shows a map, sold at Ikea outlets in Washington DC, with a mistake that is making a lot of people very angry.

“Ikea’s map game is not on point,” wrote the Reddit user who shared the pic.

Can you figure out what’s wrong with the world map? Take a look at it below:

Ikea’s map game is not on point from r/MapsWithoutNZ

The world map fails to show an entire country.

That’s right, New Zealand is completely missing from this map by Ikea.

According to Daily Mail, what makes this omission even more embarrassing for Ikea is the fact that the company is in the middle of opening its first showroom in New Zealand.

The error has left a lot of people angry, and some amused.

“Hopefully Ikea won’t be using their own map to find us when they open their first store in New Zealand,” wrote one person on Twitter. “Wonder if they’re going to sell these maps in the new Auckland store,” said another.

What’s the deal #IKEA with forgetting an entire country off the world maps you are selling? #NewZealand exists!!!!

Were you able to figure out the error? Let us know using the comments section below.