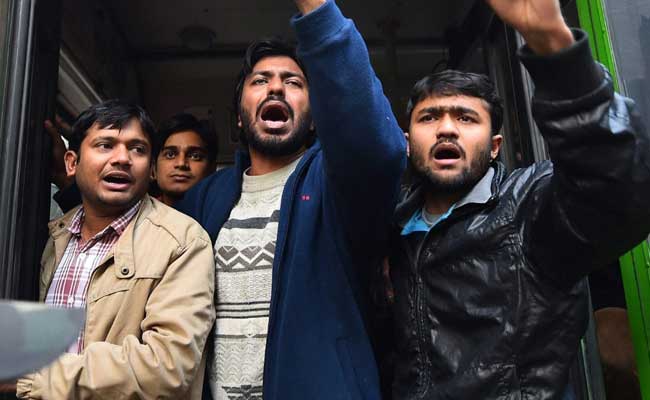 A Delhi court today gave the police time till February 28 to procure the sanctions needed to prosecute former Jawaharlal Nehru University Students Union president Kanhaiya Kumar and others in a 2016 sedition case.

The court told the police to ask the authorities concerned to expedite the sanctions.

The police told the court that the sanctions are pending with the Delhi government and are expected in a matter of days.

The court had earlier questioned Delhi Police for filing a chargesheet against Kanhaiya Kumar and others without procuring the requisite sanctions and granted time till February 6.

On January 14, police filed the chargesheet against Kanhaiya Kumar and former JNU students Umar Khalid and Anirban Bhattacharya in a Delhi court. It said Kanhaiya Kumar was leading a procession and supported seditious slogans during an event in the varsity on February 9, 2016, to mark the hanging of Parliament-attack mastermind Afzal Guru.