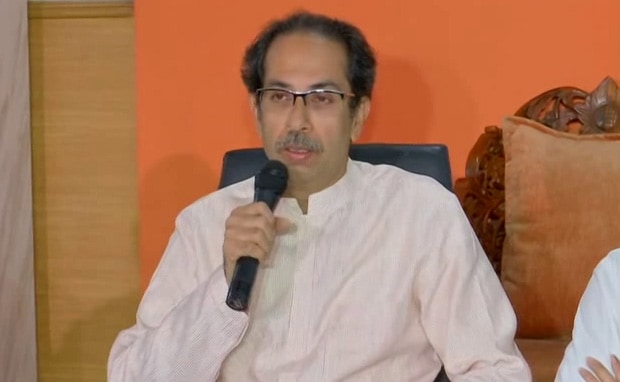 The BJP-Shiv Sena dispute, festering since the Maharashtra election results 15 days ago, worsened considerably after Devendra Fadnavis resigned as Chief Minister on Friday, hours before the deadline for government formation was to end. Each accused the other of lying about a “50:50” arrangement that the Shiv Sena says was discussed with BJP president Amit Shah earlier this year. But both parties said the alliance was not over yet.

“Devendra Fadnavis accused me of lying. We have never been known to lie. Amit Shah and Devendra Fadnavis came to me, I did not go to them,” Shiv Sena chief Uddhav Thackeray told reporters, insisting that BJP chief Amit Shah had approved the formula of equal partnership, including rotational chief ministership, before the national election earlier this year.

“Till the time they accept what they said, I will not speak to them. I won’t speak to those who call me liar,” said Mr Thackeray, who had let his party’s Sanjay Raut do most of the talking in the past few days.

He also accused the BJP of “horse-trading” of MLAs to form government in Karnataka.

“I challenge the BJP to form a government in Maharashtra at the earliest, otherwise every party has the right to form their own combination and form government,” said the Sena chief, asking the BJP leadership if it wanted to continue the alliance.

The Sena has alleged that the BJP is trying to induce its MLAs to switch. Many Sena MLAs are in a hotel in Mumbai, apparently for protection against defections..

Mr Thackeray made it clear the Shiv Sena would not settle for anything but the Chief Minister’s post. “I had promised it to my father Bal Thackeray,” he said.

The BJP-Shiv Sena alliance, nearly three decades old, has again come to a breakpoint over this demand.

The Sena chief sought to rebut every charge thrown at him by the BJP and Mr Fadnavis, mainly that he had attacked Prime Minister Narendra Modi.

“We did not attack the PM…other leaders have spoken more against PM Modi than I have,” Mr Thackeray claimed, referring to Haryana politician Dushyant Chautala, who criticised the BJP while campaigning for state polls but later joined hands with the party and became Deputy Chief Minister.

But the Sena refused to play along, taking the fight to the brink.

Sena MP Sanjay Raut’s talks with NCP chief Sharad Pawar fueled talk of a political realignment in Maharashtra and the possibility of the Sena joining hands with the opposition to keep the BJP out.