Napoli boss Carlo Ancelotti insists their is work to do against Salzburg in the Europa League, despite seeing his side cruise to a 3-0 win in the first leg of their round of 16 clash.

Gli Azzurri secured a comfortable win on paper thanks to goals from Arkadiusz Milik, Fabian Ruiz and an own goal from Jerome Onguene, but the scoreline didn’t reflect the nature of the game – with Salzburg creating plenty of opportunities of their own.

Central defenders Nikola Maksimovic and Kalidou Koulibaly both picked up yellow cards that will rule them out of the second leg through suspension, and although Ancelotti claims he is not worried by their absence, he did admit that the overall balance of his side was not right. 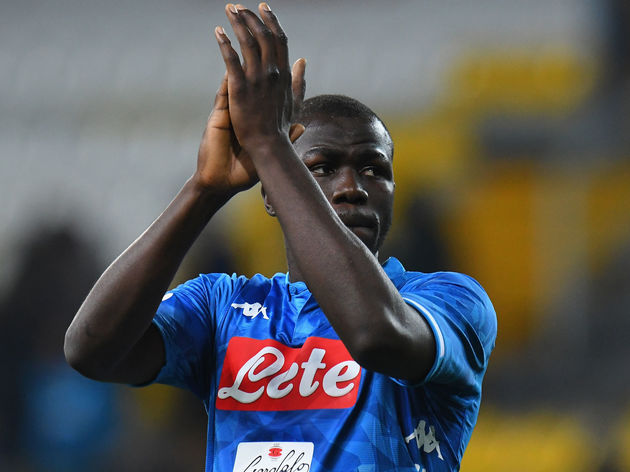 “It was a foul playing out from the back that could’ve been avoided,” Ancelotti said, as quoted by ​Football Italia.

“I am not worried about their absence, as we have reliable centre-backs, but I was more concerned by the lack of balance in the final stages.

“It’s a good result, there are still 90 minutes to play and we cannot make calculations. We did some things well, some not so well, and we’ve got to work on those,” the Coach told Sky Sport Italia.

Ancelotti conceded that his team allowed Salzburg too many opportunities on the counter attack, and insists that the tie is not yet over.

“We allowed some dangerous counter-attacks and through runs that at 3-0 we really could’ve avoided. We can be impenetrable when we defend well, but we get too exuberant and try to push forward.

“Salzburg have proved they’ve got great pace and stamina, so we need to be on alert. We need to score at least a goal in the second leg, otherwise we’ll run risks.”​

Ancelotti will be targeting Europa League glory in the knowledge that Gli Azzurri’s hunt for the Serie A title is most likely over, with last weekend’s defeat to ​Juventus stretching the Old Lady’s lead at the top of the table to a staggering 16 points.

Transfer Rumours: Firpo to Madrid, Willems to Newcastle, Spurs in for...