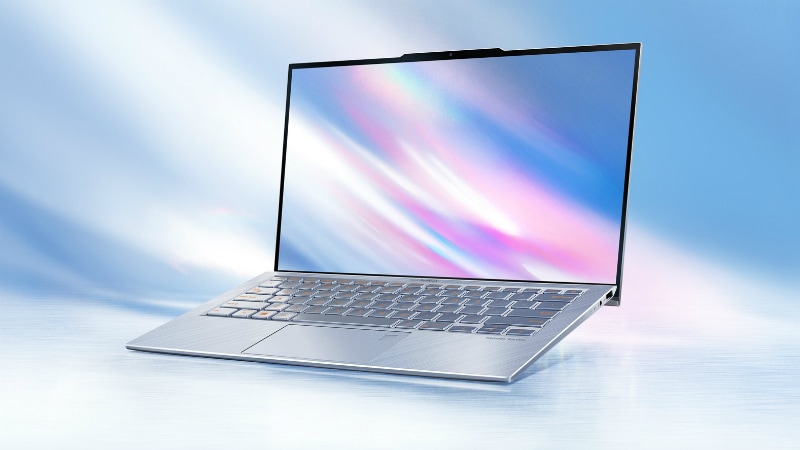 Asus – the Taiwanese electronics giant – has announced its 2019 lineup of thin and light ‘Ultrabooks’ at CES 2019 including the affordable ZenBook 14 and the ZenBook S13, which the company claims sports the world’s thinnest bezels. Asus also unveiled the StudioBook S (W700) at the trade show, which is a sleek and portable workstation-class laptop. Finally, the Asus also refreshed its VivoBook line with thinner display bezels. Asus ahead of CES 2019 had also unveiled four new Chrome OS machines, and during the show, unveiled another Chromebook model.

Asus ZenBook S13 specifications
The ZenBook S13 weighs just 1.13kg and features a 13.9-inch full-HD LED display with a 97 percent screen-to-body ratio. The biggest USP of the laptop are its 2.5mm NanoEdge bezels, which Asus claims are the thinnest on any laptop in the world. Other specifications include Nvidia GeForce MX150 graphics, eight generation Intel Core Whiskey Lake processors (Core i5 or Core i7), up to 16GB LPDDR3 RAM, and up to 1TB SSD storage. The front camera is housed within a ‘notch’ at the top of the screen.

Asus ZenBook 14 specifications
The Asus ZenBook 14 is a sleek and portable Ultrabook that weighs just 1.65kg and features a 14-inch full-HD (1920×1080) IPS display. Users can choose between GeForce MX 150 and Intel integrated graphics as well as Intel Core i3, i5, or i7 processors. Both the ZenBook S13 and ZenBook 14 come with USB Type-C ports and a quad-speaker Harman Kardon certified audio system.

The ZenBook 14 has a few tricks up its sleeve. The touchpad doubles up as a number pad, allowing users to perform calculations easily. Additionally, the lid, when opened, lifts up the chassis to give a more comfortable typing experience.

Zomato Says Working With Restaurant Partners to Address Their Concerns