Corsair, the company that is popular for bringing its gamer-focused memory solutions and PC peripherals, plans to counter Logitech with its proprietary wireless technology called Slipstream Wireless. The new technology is touted to enable wireless gaming peripherals to have sub-1ms latency and a “stronger than ever wireless signal”. Corsair has demonstrated the new technology at CES 2019 in Las Vegas alongside the introduction of three new gaming mice, namely Harpoon RGB Wireless, Ironclaw RGB, and M65 RGB Elite. Separately, Corsair competitor Razer started selling the Razer Turret – the keyboard and mouse combo that is designed specifically for the Xbox One.

Starting with the Slipstream Wireless, the technology designed by Corsair is touted to power the next-generation of wireless gaming peripherals by offering 2.4GHz gaming-grade wireless speed. The Fremont, California-headquartered company promises to offer “sub-1ms” latency through the 2.4GHz connection. This could bring wireless mice and keyboards closer to their wired counterparts.

The Harpoon RGB Wireless using Slipstream Wireless technology is claimed to deliver wired-calibre performance. The mouse can be used within a wireless range of up to 33 feet. Users can also switch from the low-latency Bluetooth connectivity to a USB wired connection.

The Harpoon RGB Wireless sports a 10,000 DPI optical sensor, six fully programmable buttons, and integrated RGB lighting that is configurable through Corsair iCue software. There is also a built-in rechargeable lithium-polymer (Li-Po) battery that is rated to deliver up to 60 hours of power on a single charge. Besides, the mouse weighs 99 grams.

For larger hands and gamers seeking a solution with palm grips, Corsair’s new portfolio has the Ironclaw RGB that is equipped with a custom PMW3391 optical sensor. The sensor, which is designed in collaboration with Pixart, can offer sensitivity up to a native 18,000 DPI. Corsair has also provided seven programmable buttons, two-zone dynamic RGB lighting, and onboard profile storage. All this comes at a weight of 105 grams. 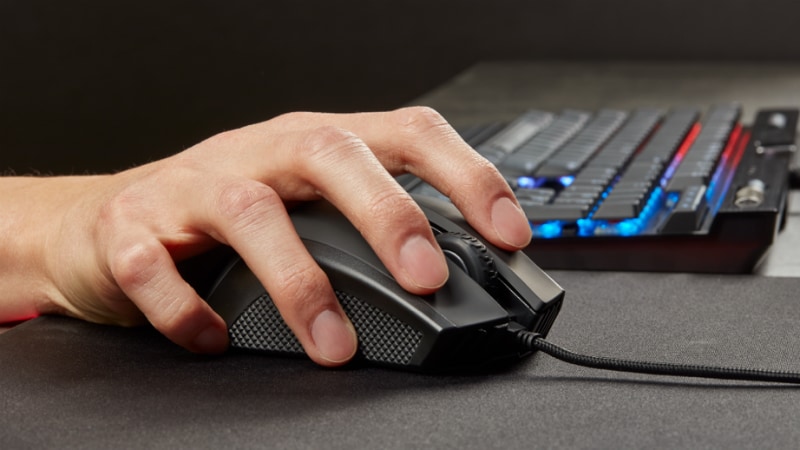 Corsair also brought the M65 RGB Elite that comes as an upgrade to the Corsair M65. The new mouse model has the same 18,000 DPI optical sensor that is featured on the Ironclaw RGB. There is also an aluminium frame that makes the base weight of the mouse 97 grams. Further, there is a tunable weight system on the M65 RGB Elite, which means gamers can both increase weight up to 115 grams and adjust its centre of gravity to match particular gaming requirements.

The M65 RGB Elite has a redesigned side button cluster along with a dedicated sniper button. Plus, you’ll be excited to see the two-zone dynamic RGB lighting during your gameplay. The mouse also has 50 million click-rated Omron switches and onboard profile storage. 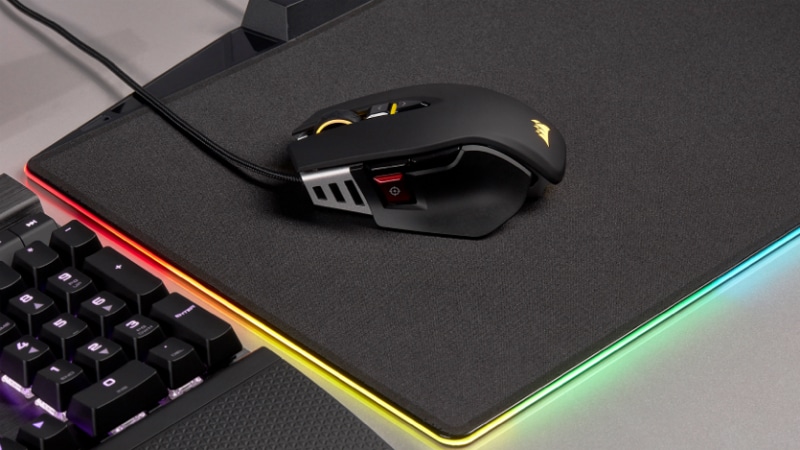 Aside from what all Corsair has showcased the ongoing CES specifically for gamers, Razer has started selling the anticipated Razer Turret. The keyboard and mouse combo that was teased last month is now available for purchase through Razer’s website and the Microsoft Store with a price tag of $250 (roughly Rs. 17,600).

The Razer Turret comes as the first official wireless keyboard and mouse combo designed exclusively for Xbox One. The combo offers with 2.4GHz wireless connection via a single dongle and is claimed to offer up to 40 hours of battery life on a single charge. Both the keyboard and mouse in the combo features Xbox Dynamic Lighting and Razer Chrome technology to offer up to 16.8-million colour options and lighting effects. 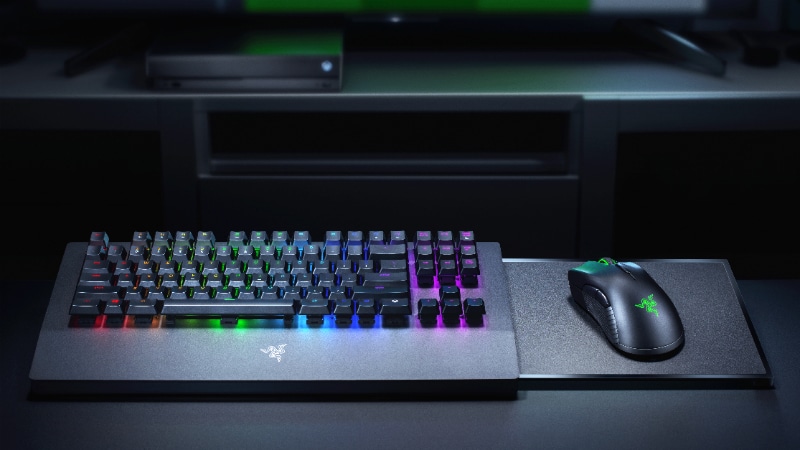 Razer has used its gaming-grade mechanical switches that come with a lifespan of up to 80-million keystrokes. A dedicated Xbox key is also available to pulls up the Xbox One dashboard. Further, the mouse unit has a 5G optical sensor and Razer Mechanical Mouse Switches with up to 50-million clicks rating.

There is a mouse surface on the Razer Turret that hides underneath the main body and can be extended for at any time for use and then retracted for charging and storage. Furthermore, there is a built-in ergonomic wrist rest that extends from the base of the keyboard.

Razer mentions that the Razer Turret is fully compatible with Windows 10 PCs. This means gamers can easily switch between their PC and Xbox console. Meanwhile, the company has unveiled its new Blade 15 gaming laptop at CES.

8K TVs, insane soundbars, folding phones, modular laptops: Who won CES 2019? We discussed this on Orbital, our weekly technology podcast, which you can subscribe to via Apple Podcasts or RSS, download the episode, or just hit the play button below.

How Apple Uses Its App Store to Copy the Best Ideas

Fortnite Update 7.40 Allows You to Get Season 8 Battle Pass...