Dell’s Alienware laptops are not the only gaming offerings from the company to have received hardware upgrades this year, as the company has also announced refreshed G-series gaming laptops with more powerful processors and graphics hardware, while also making them sleeker at the same time. At CES 2019, Dell has unveiled refreshed versions of the G5 and G7 gaming laptops which can now be configured with Intel’s 8th gen hexa-core processors and up to an Nvidia GeForce RTX 2080 graphics for a superior gaming experience.

In addition to the upgrades in the processing and graphics department, other notable features making their way to the new G-series gaming laptops are the 4-zone RGB keyboard with customizable backlighting, Alienware Command Center and G-Sync panels with up to 144Hz refresh rate. The Dell G5 and G7 gaming laptops will be available from January 29th, 2019 onwards starting at $999.99 (roughly Rs. 70,100) for the base variant. 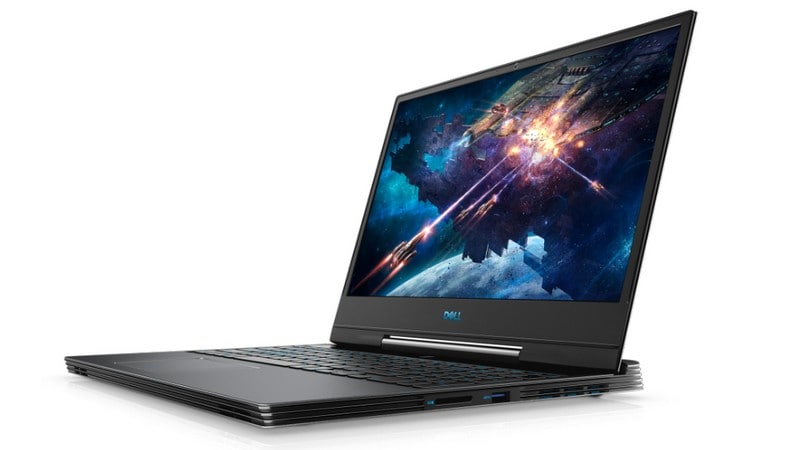 In the graphics department, the new gaming laptop will let users choose between an Nvidia GeForce GTX 1050Ti, GeForce RTX 2060, GeForce RTX 2070, and the GeForce RTX 2080 graphics card with Max-Q design. There is 8/ 16GB of RAM paired with up to 1TB of hybrid HDD, 1TB of NVMe SSD or multiple dual storage options with the highest configuration packing 1TB of SSD and 2TB of HDD storage.

Both the 15-inch and 17-inch versions of the Dell G7 offer a choice between 4-cell 60Whr battery and a 6-cell 90WHr battery and come in a single Abyss Grey color option. Bluetooth 5.0, dual-band Wi-Fi and dual-channel Gigabit Killer Ethernet handle connectivity, while port selection includes an HDMI 2.0 port, three SuperSpeed USB 3.1 ports, a microSD Card slot, a wedge lock slot, and a 3.5mm headphone jack. The variants powered by the Nvidia GeForce RTX series graphics cards also feature a Thunderbolt 3.0 (USB 3.1 Gen 2 Type-C) port. The Dell G7 15 starts at $1,099 (approximately Rs. 77,100) while the G7 17 is priced at $1,380 (around Rs. 96,900) for the base variant. 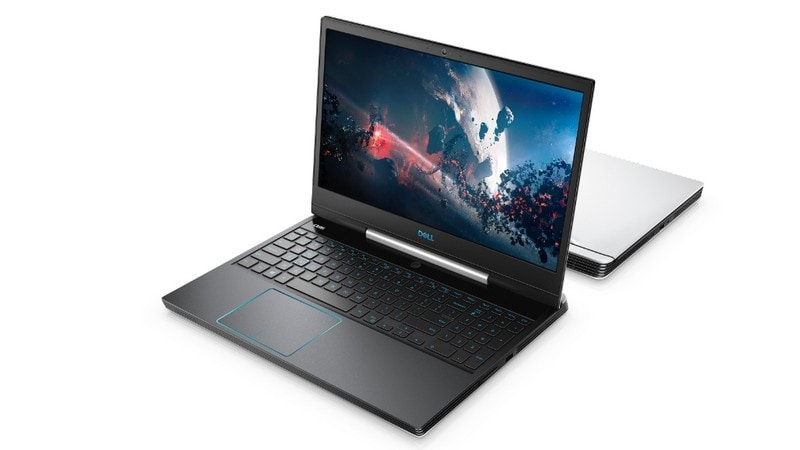 The Dell G5 (Dell G5 15 5590) comes in a single 15-inch variant with a Full HD resolution and a 60Hz refresh rate, however, one can choose between variants with the same resolution but a higher 144Hz refresh rate and a UHD (3840×2160 pixels) display with 60Hz refresh rate. The laptop’s base variant is powered by a quad-core 8th gen Intel Core i5-8300HQ processor while the hexa-core Intel Core i7-8750HQ CPU keeps things running on the higher-end variant. There is a choice between four Nvidia graphics cards for configuring the Dell G5 which includes the GTX 1050Ti, GeForce RTX 2060, GeForce RTX 2070, and GeForce RTX 2080 with Max-Q design.

Dell’s new gaming laptop has 8/16GB of RAM which can be boosted up to 32GB, while in the storage department, one can choose between up to 1TB HDD, 1TB NVMe SSD or a hybrid storage option with a maximum of 2TB HDD coupled with 1TB of NVMe SSD storage. The Dell G5 gaming laptop’s port selection, battery and connectivity options are identical to its brethren in the G7 series. Additionally, Dell has also launched the G5 15 SE whose specifications are identical to the regular G5 15 gaming laptop, however, it will be available in an Alpine White color option while the regular G5 will come in a Deep Space Black shade. The Dell G5 15 gaming laptop carries a base price tag of $999.99 (approximately Rs. 70,100) and will hit the shelves starting January 29th, 2019.