JBL has launched a slew of new products at CES 2019 including a portable speaker for kids, four truly wireless earphones, the JBL Flip 5 Bluetooth speaker, a line of party-oriented portable speakers, and a Google Assistant-enabled soundbar. The Samsung-owned audio subsidiary has also unveiled a new series of headphones with Google Assistant and Alexa support called ‘Live’. The company has also detailed the price and availability of almost all the newly launched products.

JBL CES 2019 launches – features and specifications
Just like last year’s Flip 4, the new Flip 5 is IPX7 waterproof, has a built-in microphone, and comes in a multitude of colours. This time around, JBL has equipped the speaker with a USB-Type C port and improved bass performance. The battery is also bigger (4800mAh) and promises 12 hours of continuous playtime. 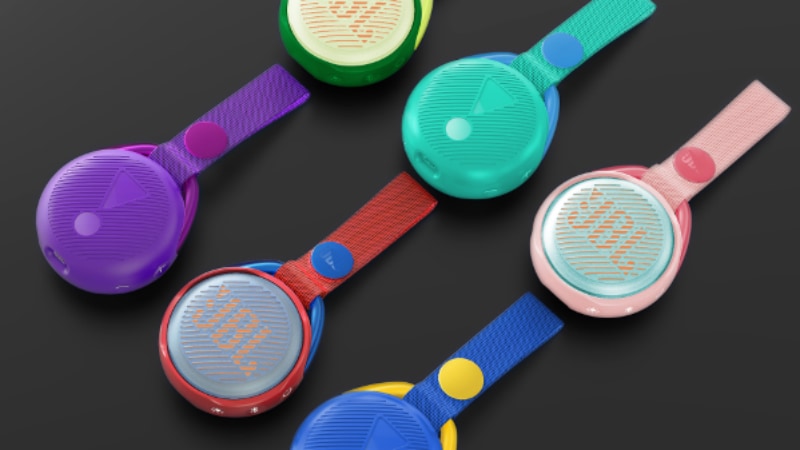 First announced in May 2018, the JBL LinkBar has multiple HDMI ports and Android TV, Google Assistant, and Chromecast built-in. Users can also pair the soundbar with an optional subwoofer. JBL has also announced a line of party-oriented portable speakers dubbed ‘PartyBox’. They will be available in three variants based on sound output – 200 watts, 300 watts, and 1000 watts. The biggest USP of these speakers is the fact that they come with built-in guitar and microphone inputs as well as integrated lights.

The four new truly wireless headphones include the JBL Reflect Flow, which are IPX7 waterproof and offer 10 hours of battery life without the charging case, the JBL Endurance Peak, which have an ear-hook design and are also IPX7 waterproof, the Under Armour True Wireless Flash, which are IPX7 waterproof as well and can tune in ambient sound to keep you aware of your environment, and the JBL Tune120 TWS, which feature JBL’s Pure Bass Sound technology, and come in a wide variety of colours.

Lastly, we have the JBL JR POP, which is a portable Bluetooth speaker designed for kids. It is IPX7 waterproof and features five hours of battery life, a multi-colour lighting mode, sticker sets for customisation, and a loop for attaching it to backpacks.