CES 2019 saw Samsung unveil this year’s Notebook 9 Pro laptop, its latest premium convertible laptop. The Notebook 9 Pro blends a premium metallic build with Intel’s latest 8th Gen processor for superior performance and comes bundled with the Active Pen for the added dash of versatility for professionals like graphic designers. The Notebook 9 Pro is expected to hit the shelves in ‘early 2019’, however, details about its pricing are yet to be revealed by the company.

The new Samsung Notebook 9 Pro laptop comes equipped with a 13.3-inch display with slim bezels and support for fast charging and also features a fingerprint sensor embedded into the side-mounted power button. The device packs a 13.3-inch FullHD display which has a peak brightness output of 350 nits and is surrounded by thin bezels which measure just 6.7mm.  To recall, the first such laptop under the Notebook 9 Pro name complete with a stylus was launched back at Computex 2017, though a Notebook 9 Pro model without stylus has been around for longer. 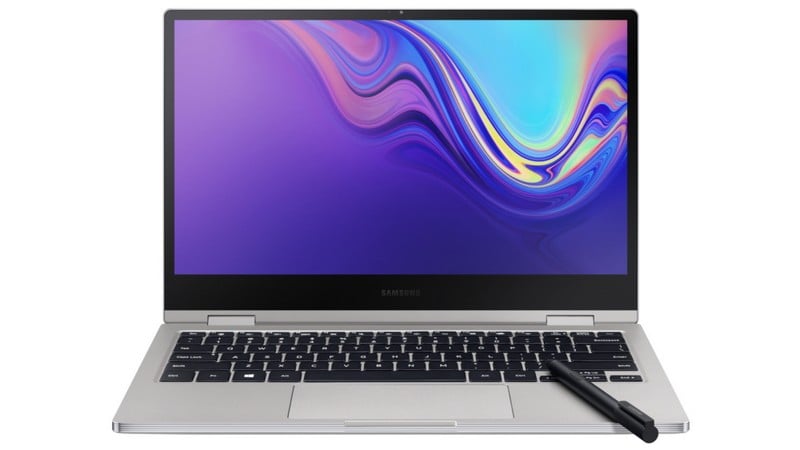 Under the hood, the Notebook 9 Pro features an 8th gen Intel Core i7-8565U processor paired with 8GB of RAM and 256GB PCIe NVMe storage. In the graphics department, the laptop relies on an integrated Intel UHD 620 GPU. The Notebook 9 Pro packs a 55Whr battery with support for fast charging and is claimed to sustain 14 hours of usage. The latest entrant in Samsung’s Notebook lineup offers dual-channel Gigabit Wi-Fi  (802.11ac) connectivity while the port selection consists of two Thunderbolt 3 ports, one USB Type-C port, a microSD card slot, and a 3.5mm headphone jack. Samsung’s premium laptop also comes equipped with dual 1.5W stereo speakers backed by Thunder Amp to enhance the volume output. The Samsung Notebook 9 Pro (2019) features a redesigned backlit keyboard and comes with the bundled Active Pen which has over 4,000 pressure sensitive points. 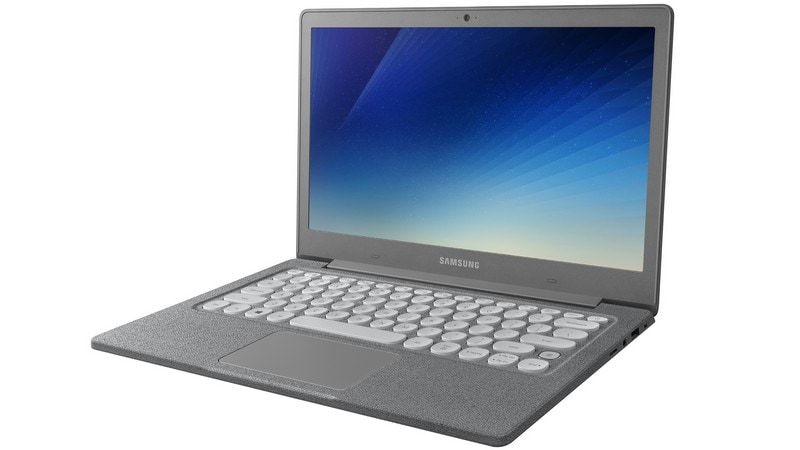 In addition to the Notebook 9 Pro, Samsung has also unveiled the low-end Notebook Flash laptop which packs a 13.3-inch full-HD display and is powered by an Intel Celeron N4000 or Pentium Silver N5000 processor paired with 4GB of RAM and 64GB of eMMC storage. The Notebook Flash also comes with support for dual-channel Gigabit Wi-Fi connectivity and also has a fingerprint sensor for authentication. The device features a textured plastic build and retro-style round keycaps. The Notebook Flash is claimed to deliver a battery life of around 10 hours and will hit the market in 2019, but there is no word on its pricing.

ARM Will Continue to License Chip Architecture to Huawei: Report