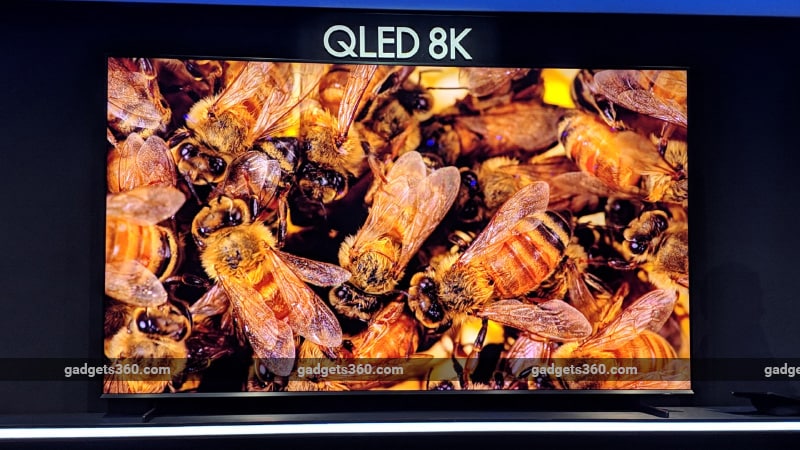 Samsung at CES 2019 is bringing in more than its massive Micro LED panels in the TV range. The company has also showcased its new 8K QLED TVs that will be coming to the market this year. Panels from Samsung’s Q900 series are being showcased on the CES show floor – one of which is a huge 98-inch panel that seems to do justice to the tremendous bump in native resolution, along with the comparatively affordable and realistically accommodating 65, 75, 82 and 85-inch TVs.

As we mentioned, Samsung will be bringing these panels to the market this year, despite the obvious lack of 8K content in any form of mainstream media. The Q900 range, however uses a Quantum Processor 8K chip that utilises artificial intelligence to upscale regular content to ‘near pristine’ 8K resolution. Though we might believe that may be true with native 4K media, we wouldn’t expect similar results with anything lesser.

The new TVs will also come with the previously announced Google Assistant and Alexa support, as well as content playback from Apple’s iTunes service, as reported earlier.

No pricing has been announced so far, but considering that the Q900 series of QLED TVs are pretty much Samsung’s flagship range of consumer panels, and 8K TVs are on their first generation in the market this year, don’t expect this to be cheap. As with 4K TVs, the prices can be expected to get more affordable once the technology goes mainstream.