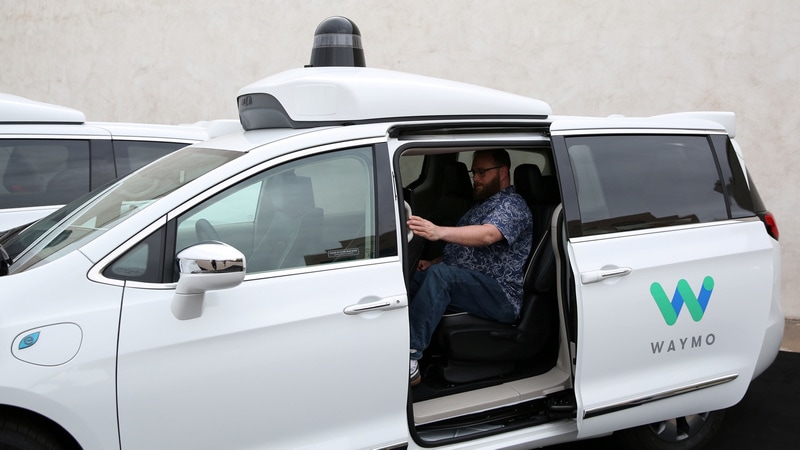 Autonomous vehicles are driving the buzz at CES this week – but this year, companies are touting their commitment to safety and public education after fatal crashes increased policymakers’ worries about the nascent technology.

“Events like that have highlighted the need to have a dialogue about safety,” said Jack Weast, who leads autonomous vehicle standards at Intel’s Mobileye division. Weast plans to discuss the company’s technical safety standards, which have been adopted at other companies such as Chinese tech giant Baidu, during a panel at the Las Vegas trade show later today.

Weast says companies have not always shared best practices for car safety with each other in efforts to edge out competitors. After all, safety is one of the main factors consumers consider when buying cars. But with autonomous cars, Weast says, that decades-old way of thinking has to end.

“When it comes to decision-making and the ability to drive safe from an autonomous vehicle, that should no longer be proprietary information,” he said.

At the same time, companies including Intel, Waymo, and Daimler, are teaming up to educate the public and policymakers about self-driving cars through a new industry coalition.

The effort by self-driving car companies to steer the conversation to safety and transparency comes as Congress gears up to take on the issue.

Lawmakers are expected to introduce legislation that would create a national framework for regulating autonomous vehicles, which could help companies roll out the technology across the country faster – and avoid a patchwork of state and local rules. But safety is sure going to be a key point of contention. Close observers expect the debate to focus on how tough the standards should be and how they should be enforced – and to include sunset provisions to allow Congress to revisit the issue as they learn more about how autonomous vehicles work.

Now, “they have to start from scratch,” said David Logsdon, who leads advocacy for emerging technologies at the technology trade association CompTIA and pushed for the failed bill.

With Democrats now in control the House, the fight could get even more pitched. Rep. Jan Schakowsky, D-Ill., who co-sponsored the House version of the legislation that passed in 2017, said in a statement last year that the Senate version of the bill “fell woefully short” on passenger safety and data security. Shakowsky previously served as the top Democrat on the House Digital Commerce and Consumer Protection Subcommittee, but her spokesman said he couldn’t comment on her plans for the bill yet.

“We need to act carefully – working with consumer advocates and industry representatives – and take the time needed to get it right,” Schakowsky said in December.

Consumer safety advocates who opposed the AV START Act are supportive of the Democrats’ slower approach. Cathy Chase, president of Advocates for Highway and Auto Safety, remains optimistic that it’s an area where lawmakers can find bipartisan consensus, even in a divided Congress.

“Everyone cares about safety,” she said.

Autonomous vehicle companies also have to convince consumers, who are largely wary of the technology, they’re up to the task of designing and building safe self-driving cars. Even before the fatal crash of an Uber autonomous vehicle in Arizona last year, Pew Research Center reported more than half of Americans were worried or somewhat worried about self-driving vehicles and would not want to ride in one.

That trepidation may be impacting companies’ plays at CES, too. While the conference has been a place where techies evangelize the near future of a world where cars exist without steering wheels or gas pedals, companies such as Toyota and Intel this year touted how the same artificial intelligence and chip technology could power technology now that would help human drivers avoid collisions or brake in an emergency situation.

“This could get consumers more comfortable with the technology,” Weast said.

In Alibaba's Hometown, a Grim Message: 'Don't Go Out'