Sony has announced a bunch of new 8K and 4K televisions at the ongoing CES 2019 tech fair. Part of Sony’s Master Series, the new televisions include 8K Z9G, 4K A9G, 4K A8G, and 4K X950G. All the new televisions are based on Google’s Android TV platform and compatible with Apple’s AirPlay 2 and HomeKit, except the A8G, which doesn’t support AirPlay 2 or HomeKit. The company has stated that it will reveal the pricing and availability information in the Spring.

Sony Z9G 8K TV
If a standard-sized TV is not enough for you, Sony is taking the maximum screen size of its television portfolio to a whole new level with Z9G, which will be offered in two models – Z9G 98-inch and Z9G 85-inch. The Z9G TVs will come with 8K resolution and include the company’s Picture Processor X1 Ultimate. The company claims that the Z9G can effectively upscale any content to 8K using a new 8K database for reference.

Since the Z9G is not an OLED TV, it is missing the company’s OLED Acoustic Surface Audio that makes it seem like the sound is emanating from TV’s screen. Instead for the Z9G TV, Sony has included four front-facing speakers – two on the bottom and two on the top, all of which use the company’s new Acoustic Multi-Audio technology that will ensure that the consumers feel that the sound is coming from the screen, and not from where the speakers are placed.

Sony A9G 4K TV
According to Sony, the A9G is the company’s new flagship 4K television. It will be offered in 77-inch, 65-inch, and 55-inch sizes and packs an OLED display panel with HDR support. It is also powered by the company’s Picture Processor X1 Ultimate and runs on the Android TV platform. Sony notes the processor can upscale the HD and SD content to near-4K quality.

The presence of an OLED panel ensures that Sony A9G comes with the company’s Acoustic Surface Audio+ tech. 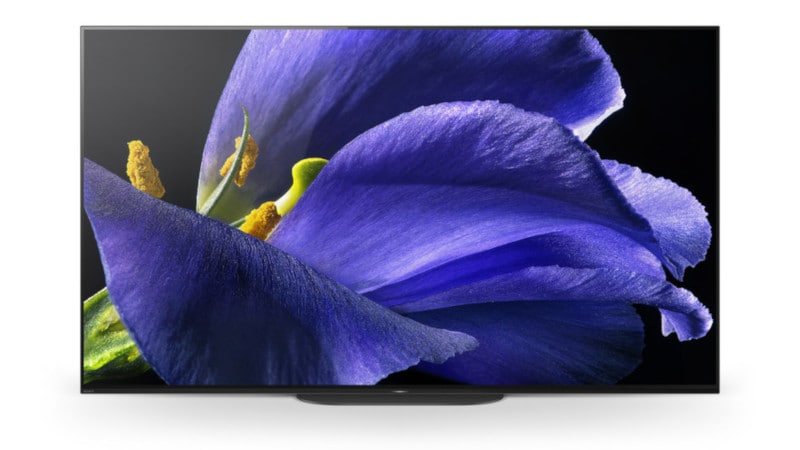 Sony A8G and Sony X950G 4K TV
Apart from the Sony’s new Z9G and A9G TVs, the Japanese company is also adding new A8G and X950G 4K TVs to its portfolio. The A8G TVs will be offering 65-inch and 55-inch sizes and include an OLED panel, whereas the X950G will come in 85-inch, 75-inch, 65-inch and 55-inch sizes and packs an LED panel. While X950G is powered by the company Picture Processor X1 Ultimate, the A8G models have the 4K HDR Processor X1 Extreme.

Additionally, the A8G model has the support for Sony’s Acoustic Surface Audio technology, whereas the X950G will include the Surface Multi-Audio as the Z9G televisions.

Sony adds that all the new Master Series TVs also feature Netflix Calibrated Mode, IMAX Enhanced and Dolby Vision to enhance the movie-viewing experience. All new TVs except the A8G models also pack Dolby Atmos support as well as support for Apple AirPlay 2 and HomeKit. AirPlay 2 support will allow the iOS users to stream content directly from their devices to the Sony TVs. At CES 2019, other television makers like Samsung and LG has also revealed that they are bringing AirPlay 2 support in their smart TVs.