CES is just around the corner and like every year, the tech industry will be present in Las Vegas next week to give us a glimpse at what to expect over the 2019 and in the coming years. Even though the big tech names like Apple, Google, and Samsung prefer to show their wares at the fancy standalone events, CES 2019 won’t be a barren land. The event is expected to be filled with the companies from all sorts of the industries like smartphones, PCs, TVs, drones, telecom, transportation, smart home, and a lot more. CES 2019 opens January 8 and will continue till January 11. The first media events however, will start from Sunday, January 6 itself.

Here’s a quick look at what we are expecting to see at CES 2019.

Smartphones
The big smartphone brands traditionally avoid the CES to focus more on the Mobile World Congress in February and this year is unlikely to be any different. However, we expect to see some quirky devices, niche phones, as well as a few affordable and mid-range phones from the smaller players. Sony particularly has been rumoured to be unveiling the Xperia XA3-series and Xperia L3 phones at its CES event.

Foldable smartphones are also likely to generate some buzz at the event. Pretty much every big smartphone company has been rumoured to be working on a foldable device, however the likelihood of an official announcement is slim. Sony is holding its CES press conference on Monday. 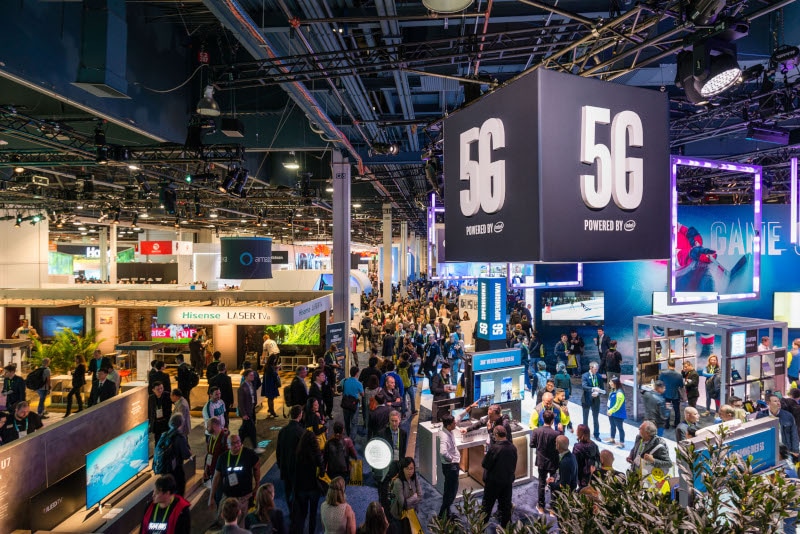 5G
Even though 2019 is the first year that consumers will start getting to experience 5G, the technology will have a significant presence at this year’s CES. Everyone from the chipmakers to device makers to telecom operators are going to showcase their implementations of the technology. There are at least three conference sessions on 5G technologies as well as five major exhibitors that are going to talk about the next-generation network.

We also expect to see implementations of 5G in other industries like auto, PC, home automation, and IoT.

Transportation
Over the last couple of years, CES has become one of those places where automotive industry likes to showcase what they are working on in regard to the future of the industry, like the self-driving tech, transport drones, smart vehicles, electrics cars, and more. This year is expected to be quieter, but we still expect to see a number of things from the industry.

The likes of Yamaha, BMW, Audi, Hyundai, Kia, and Mitsubishi are coming to the expo to show their concept vehicles as well as any crazy things that they are working on.

Among the specific products, Hyundai is bringing a concept vehicle to the CES, which the company claims could not only drive like a car, but also walk and climb. Dubbed as Hyundai Elevate, it doesn’t look like your typical car. Electric vehicle start Byton will also talk a little more about its concept car, whereas Kia wants to talk about the post-autonomous driving era. The company will have a ‘Space of Emotive Driving’ exhibit at the expo, which it claims will showcase the world-first emotional AI-based optimised and interactive in-cabin space centred on human senses. Hyundai is holding its press conference on Monday.

TVs
In terms of the televisions, bigger and better screens is likely to be the mantra of this year’s CES expo. Despite the paucity of 8K content, the 8K TVs will continue to dominate the exhibits from the major television brands. LG has already announced an 8K TV model that the company plans to showcase at the expo, and Samsung can also be expected to showcase 8K models. 4K TVs and lifestyle-focused TVs from the likes of LG, Samsung, Panasonic, and TCL will also make their presence felt – all of these manufacturers are holding press conferences on Monday, and we can expect their announcements then.

As for any major display technology improvements, don’t keep your hopes up, but the software is certainly expected to see some announcements. More TVs are likely to pack support for at least one of the leading voice assistants as well as other smart features.

Virtual assistants
Apart from their presence in the smart televisions that we just mentioned, virtual assistants are expected to show up at all sorts of places during the expo. Both Amazon and Google have reportedly planned big exhibits for the CES. While Amazon will talk about Alexa and its ever-increasing integration in the home appliances and other devices, Google will like to draw the attendees’ attention to the Google Assistant. It is quite possible that we will see some consumer electronics companies announce smart speakers with one or more digital assistants. Samsung is already rumoured to be coming with a smaller version of its Bixby-powered smart speaker and it might show up at the expo.

Smart homes
Connected devices have always been a big part of the CES and this year is not going to be any different. Don’t expect any big announcements though. It is most likely going to be the routine stuff like more refrigerators with smart features, ovens with voice assistant support or some other household appliance that is now connected to the Internet. Expect to see a new generation of products like smart doorbells, smart locks, and smart lights. C by GE has already revealed that its plans to triple its smart home products and will be showing them off at CES. Additionally, Whirlpool has stated that it is integrating Wear OS by Google in its ovens, washers and dryers and this is just one part of their CES smart home announcements. 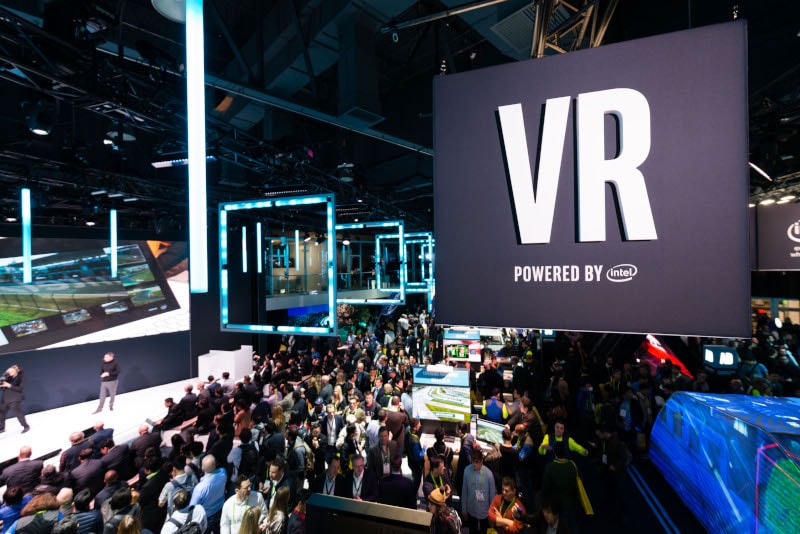 AR/ VR
Virtual reality devices used to be a staple of CES for many years but there is no longer the case. The consumers are still waiting for a truly mobile affordable VR product and until that happens, the segment is unlikely to generate any serious buzz. So, we are not expecting any major VR-related announcements this year, but like the last year, HTC will be present at the expo as the token major VR company to announce something new. The company has teased a new product for the event, however it is unclear what exactly we are going to see.

AR, on the other hand, is likely to have a comparably bigger presence at the trade fair. We are hoping to see interesting AR applications and new hardware.

AMD, Intel, and Nvidia
Although we have no confirmations on any actual products, the chip giants like AMD, Intel and Nvidia are expected to have a decent presence at CES 2019. The other big chipmaker Qualcomm has already shown most of its new tech at its own Snapdragon Tech Summit last month, but is also holding an event on Monday that may contain a few announcements.

It is rumoured that Nvidia may unveil the GeForce RTX-graphics for laptops at its event on Sunday. On the other hand, AMD is said to be bringing the Ryzen 3000-series with a new 16-core Ryzen 9 CPU. Also, Dr. Lisa Su, AMD President and CEO, is making a keynote speech on Wednesday, which would be a good place to reveal the company’s some of the major upcoming products. Lastly, Intel is not expected to make a big splash, but may have one or two announcements up its sleeves on Monday or Tuesday.

We needn’t remind you that Gadgets 360 will be present at CES to bring you all the details right from Las Vegas. You can follow along with our continuing coverage of the event at CES Hub.