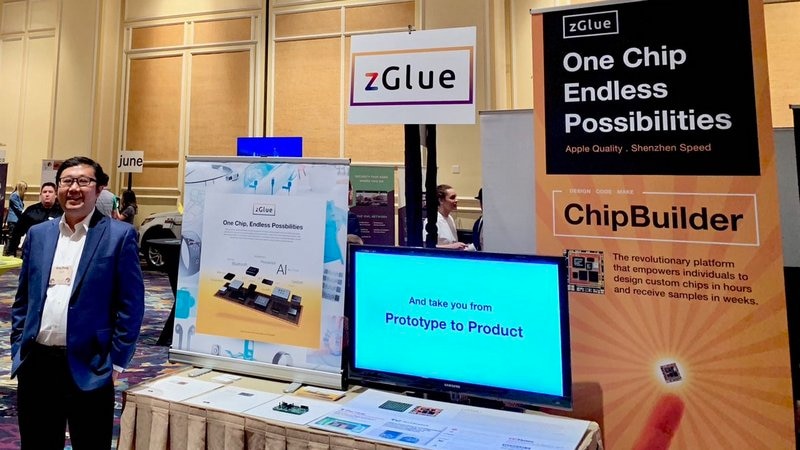 A veteran of the world’s two biggest chipmakers is hoping to make affordable custom silicon chips for startup companies by rolling out new software on Monday at the Consumer Electronics Show in Las Vegas.

Custom-designed chips power top-tier smartphones from companies such as Apple and Huawei Technologies. But they are costly to design and difficult to make, requiring huge teams of engineers and years to complete, with special design software that can cost millions of dollars a year.

Ming Zhang founded Mountain View, California-based zGlue after a career at Intel Corp and the chipmaking division of Samsung Electronics Co, where he helped work on Intel’s first mobile processors and the designs for some of Samsung’s chips. zGlue, itself a small startup with only a few dozen employees, aims to decrease the complexity and cost of custom chips and launched its full system on Monday.

To do that, Zhang’s zGlue has broken up complicated chip designs into “chiplets” that can be combined on a single chip using free web-based software. The chip uses a special bottom connective layer that gives the chiplets a speedier connection and smaller footprint than if they were each made as individual chips on a circuit board. The process is similar to technology recently introduced by Intel to stack different circuits together for faster chips.

zGlue offers three things to startups: A pre-set library of the chiplets, software to combine them without having to know complicated chip-design rules, and managing the relationship with the sprawling centralized chip factories that will ultimately manufacture them.

Foundries like Taiwan Semiconductor Manufacturing Co are accustomed to dealing with large customers such as Apple or massive chip firms like Nvidia Corp or Qualcomm Inc.

But Zhang told Reuters the key for startups is to get the chips made at a price they can afford. To that end, zGlue on Monday also introduced a program where zGlue will pool its small customers’ orders and work with TSMC’s chip factories to get them made faster than if the startups went to TSMC on their own.

“We are trying to make this available to anyone. We have a software tool so that anyone can go from a design on a napkin to receiving a chip in a month,” Zhang told Reuters in an interview. “All these [larger] companies are making amazing technology, but they’re keeping it for themselves.”

Lunar Eclipse Today: When and How to Watch Super Blood Wolf...