The CES 2019 exhibition floor opened officially on Tuesday, and Gadgets 360 was on hand in Las Vegas to see just how much of a show the world’s biggest technology companies are putting on. We managed to visit some of the splashiest booths and see what these brands have in store for us this year as well as deeper into the future. A few overarching trends have emerged already, at the show floor and throughout the less glamorous press conferences held the previous day. Whether we like it or not AI is here to invade all our devices, and everything is getting more connected.

AI is of course this year’s big theme. The big global appliance brands, Samsung and LG, along with Sony and some Chinese and US-centric players, have managed to weave AI into pretty much every new product. Google Assistant and Alexa are the big winners here, making their way into everything from washing machines to headphones and alarm clocks to cars. While LG is promoting its own ThinQ tech, Samsung is trying to develop Bixby into a global-scale competitor.

Phone makers are showing off the potential of AI processing on things like photo enhancement and effects. Core tech firms Qualcomm, Intel, and even Nvidia are talking about how AI will supplement what their processors can currently achieve and open entirely new doors. 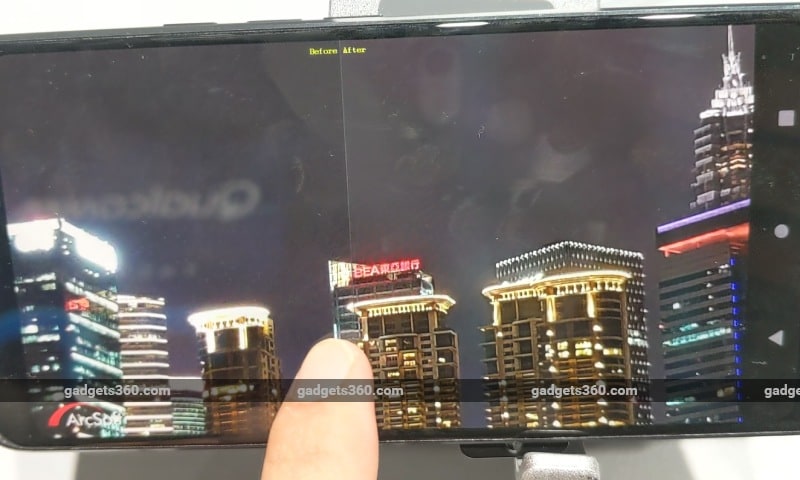 What we as consumers can expect is that voice interaction is going to become more and more standard, whether or not you find it natural and comfortable. Companies have decided that this is the way forward. It remains to be seen how this will work in family environments and social settings, and for now at least voice is supplementary to other functions, not replacing it.

For us as technology journalists, AI can be the cause of some pretty hilarious live demo fails. We were not disappointed this year when a Qualcomm concept car system contradicted the presenter and told him in front of a live audience that his statement wasn’t true. Humour aside, it does show that a seamless futuristic era isn’t exactly upon us just yet.

Of course it wouldn’t be CES without massive TVs, and this year Samsung, LG, and Sony all stepped up to the plate with 77-inch and 85-inch models almost seeming normal in front of Samsung’s monster 219-inch The Wall. We again see the battle of OLED and QLED play out between these companies, and 2019 will go down as the year that 8K TVs become widely available.

But none of the giant, slim, or AI-connected TVs had anything on LG’s roll-up Signature OLED TV R. Where everything else feels like an iterative step forward, this TV is truly impressive. It’s a 65-inch TV that looks perfectly normal when extended upwards, but can collapse into its speaker base. There seemed to be no compromise whatsoever to image quality because of the flexibility, but we did see only demo content under carefully stage-manged conditions.

The rollable LG OLED TV might not be super practical or solve anyone’s problems with space, but the company has thought of how to leverage this functionality for more than looks. The unique Line Mode has only a quarter of the screen extruded as a sort-of home management console, which adds function to form.

No price was announced, but people at the show were casually tossing around numbers as high as $20,000. What we do know is that this isn’t just a concept device, it’s ready to go on sale this year, and more sizes and variants should follow.

The other big trend so far has been automotive tech — not just autonomous driving, but connectivity, entertainment, and safety. A lot of this is being aligned with the rollout of 5G (which has also been a hot topic in discussions, if not in any tangible form). Both Intel and Qualcomm dedicated a lot of their time and floorspace to connected car tech, and others including Nvidia and even Samsung are making big pushes. 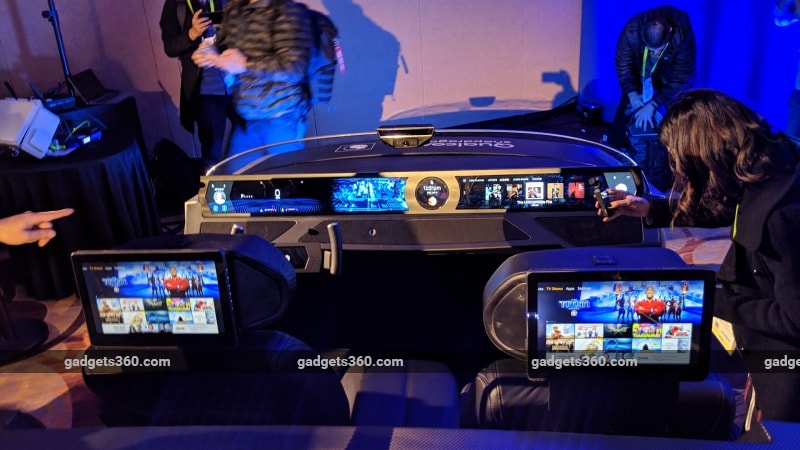 The car of the future will have more sensors and cameras, constantly communicating with other vehicles, stationary objects, and even pedestrians. In the near future, this will help human drivers make better decisions when negotiating blind turns or other dangerous situations, and long-term, the neural networks needed for autonomous driving will be built up. Such situational awareness is already in some cars in parts of the world, and could become standard in the next five years or so.

What brings all of this together is the fact that technology isn’t about individual devices anymore. It’s about a much bigger interconnectedness. With voice control, the physical, tangible products fade into the background. Companies need to design end-to-end experiences for users, especially because all of this means we’re likely to have to choose and stick to one company’s ecosystem when deciding what car, appliances, accessories, and of course smartphones to buy.

There are also massive privacy implications — will car sensors help determine your insurance costs? Will companies aggregate your usage patterns across devices and track your location to centimetre-level accuracy? Will we be able to opt out of any of this, when everyone around us becomes more and more enmeshed? These are questions that don’t have answers yet — at least not answers that companies are happy to discuss.

Disclosure: Intel sponsored the correspondent’s flights and hotel for the trip to CES, Las Vegas.