​Chelsea midfielder Cesc Fabregas looks set to join Monaco after his wife, Daniella Semaan, appeared to confirm during an Instagram Q&A that the move is happening after all, although at what point in time still remains something of a mystery.

A visibly emotional Fabregas seemed to bid farewell to Chelsea fans when he was substituted during last weekend’s FA Cup win over Nottingham Forest, while teammate David Luiz even revealed that the 2010 World Cup winner also gave a farewell speech to the Chelsea squad. 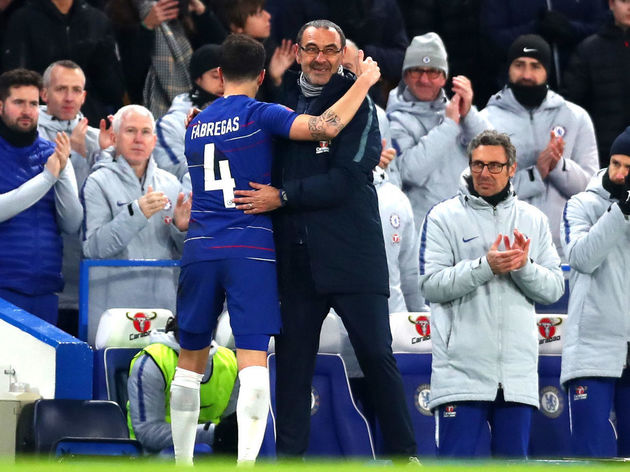 The Monaco move then appeared to stall, with Sky Sports reporting on Tuesday that while it had been ‘agreed’, Fabregas would not be leaving Stamford Bridge until summer unless Chelsea were able to secure a replacement this month – Nicolo Barella and/or Leandro Paredes.

Now, the player’s significant other appears to have confirmed that Monaco is still going ahead, even if it’s not quite clear if it will be now or at the end of the season.

The ‘confirmation’ came as Semaan, who was Fabregas’ long-term girlfriend before the pair finally married last year and is mother of his children, invited her Instagram followers to ask questions this week.

One asked, ‘Are you excited about moving to Monaco?’

To which the reply came, ‘It’s exciting, can’t wait @CescFabregas’, even tagging her husband. Should Fabregas remain at Chelsea until the end of the season he could join Monaco on a free transfer in summer when his contract expires. But the principality club, who were French champions and Champions League semi-finalists as recently as 2017, may want him sooner.

Monaco are currently 19th in Ligue 1, having won only three of their 18 games so far. They are five points adrift of safety and face relegation to Ligue 2 for the second time since 2011 unless something drastically changes over the second half of the campaign.