​Chelsea are thought to be considering reporting Bayern Munich to FIFA should they find any wrongdoing in their approach for winger Callum Hudson-Odoi, after the German champions’ sporting director sparked ire with his comments about the 18-year-old on Wednesday.

Hudson-Odoi is enjoying a breakthrough year under Maurizio Sarri at Chelsea, and while he has only appeared once in the Premier League, he has had game-time on 13 different occasions in all competitions – most recently starting in the EFL Cup first leg defeat to Tottenham. 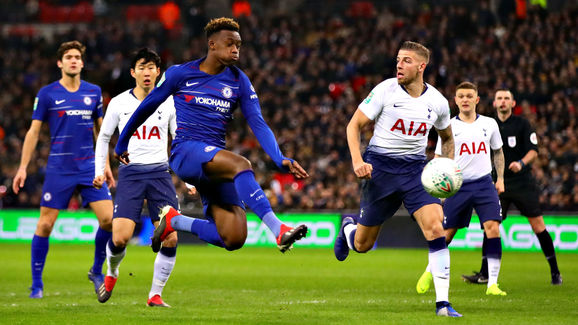 He’s done enough to garner attention from all fronts since graduating from the Blues’ youth academy, and has been heavily linked with a move to Munich,​ with reports of a £35m move gaining traction.

Such is their keenness to sign the England youth international that sporting director Hasan Salihamidzic spoke openly about their interest on Wednesday, as ​he said: “He is fast, good at dribbling, he would fit very well into our team.”

​Chelsea aren’t thought to be pleased about the comments, and it isn’t the first sign of the Blues’ ​irritation at the Bavarians’ approach. While ​Bayern can’t be punished for flouting any Premier League regulations, the Stamford Bridge side are reportedly willing to report to FIFA at the first sign of any alleged tapping up. Selling the winger isn’t the desired outcome for the Blues, especially with Eden Hazard‘s future up in the air, but he has just 18 months remaining on his deal, so they are thought to be willing to budge if the player is keen to move.

To that end, Bayern seem to be doing all they can to lure him to Germany, with various reports this week that they are prepared to give him the number ten shirt should he sign.