​Fifth-place Tottenham Hotspur will look to climb into the top four when they make the short trip to Stamford Bridge to take on fourth-place Chelsea in the early Premier League game on Saturday.

Spurs will be looking to end the week strongly following a 1-0 midweek defeat to RB Leipzig in the Champions League that ended their seven game unbeaten run, which has seen them close the gap on their London rivals. As for the Blues, they are coming off a controversial 2-0 defeat to Manchester United, and will want to arrest a four game slide where they have not won in the Premier League since beating Burnley in January.

A win would put distance between themselves and their opponents in the race for fourth place.

Here’s 90min‘s preview of the game.

Both teams have been hit by multiple injuries to key players.

​Chelsea will be without several key players for Saturday, including ​N’Golo Kante who was forced off early during Monday’s game with a groin injury. The midfielder, along with Marco van Ginkel (knee) are considered as confirmed long-term absentees. Wingers Callum Hudson-Odoi (hamstring) and Christian Pulisic (abductor) are also sidelined and will not be fit for the match. Both Tammy Abraham (ankle) and Andreas Christensen (nose) are considered doubts while Ruben Loftus-Cheek (achilles) has only just started training again, so this game will be considered too soon for any comeback.

The big selection question posed once again for manager Frank Lampard is whether goalkeeper Kepa Arrizabalaga returns to the starting lineup having been recently dropped for Willy Caballero.

​Spurs meanwhile will be without their two best players at Stamford Bridge. It was revealed this week that ​Son Heung-min managed to ​fracture his arm during their win at Aston Villa, and the South Korean is likely to miss the rest of the season. It will likely mean that Lucas Moura will continue deputising as the make-shift striker in their absence.

The last time these two sides faced off against each other, Chelsea were 2-0 winners at Tottenham Hotspur Stadium, with ​Willian scoring a double. Of the previous 55 league encounters that have taken place, Chelsea have won 29 of them, while Spurs have only 7 wins to their name. The Blues are particularly formidable at home in this fixture, having won 17 of the last 23 games that have been played at Stamford Bridge.

Chelsea have been inconsistent recently, ending January with a 2-1 victory at ​​Hull City in the fourth round of the FA Cup. In the league, they then drew 2-2 away to fellow top four side ​Leicester City, before most recently losing 2-0 to ​Manchester United at home. Spurs have been in better form over the last few weeks, having defeated ​Southampton 3-2 in their FA Cup fourth round replay. They then needed a last-gasp winner to hold off league strugglers ​Aston Villa in another 3-2 victory before coming back to earth with a 1-0 loss at home to RB Leipzig in the ​Champions League. 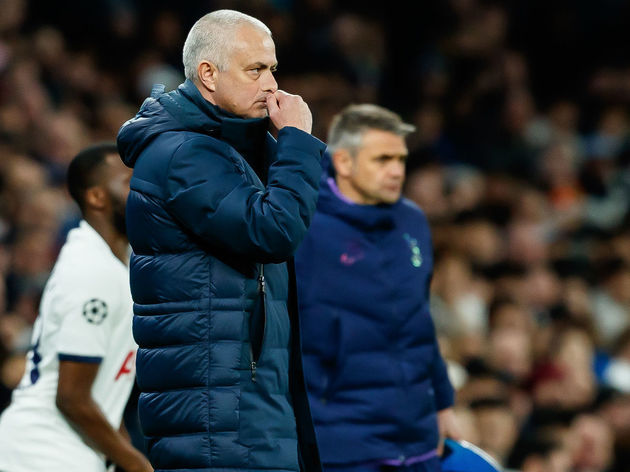 Here’s how both sides have fared in their last five matches.

Both sides are licking their wounds following defeats to Man Utd and Leipzig respectively and will be looking to bounce back with strong performances on Saturday.

Chelsea in particular will be desperate for a win having not won a league game since last month against ​Burnley, while Spurs will be without significant firepower for this game with both Son and Kane out. A draw looks the most likely outcome with both sides not wanting to lose this game in the race for fourth place but neither side having the clear edge to take the three points.

7 of Crystal Palace's Best Big Game Players of the Modern...