Chelsea Football Club was founded by entrepreneur Gus Mears, who bought Stamford Bridge in 1904 with the intention of turning it into a football stadium.

But when Fulham refused to move in as tenants, he formed his own club.

Since their untraditional formation, the Blues have won every domestic trophy there is and can lay claim to glory on the continent, with the Champions League win of 2012 perhaps the greatest moment in the club’s history.

To achieve such feats and come so far from their unusual roots, the Chelsea faithful have been treated to a number of world class players over the years.

Here are the ten greatest. Perhaps the diminutive Belgian would have made his way higher up this list had he spent the rest of career in west London, but even the most unforgiving members of the Chelsea faithful can’t hold the realisation of his dream move to Real Madrid against him for too long, given the performances he regularly put in for the Blues.

Having arrived in the capital the season after Chelsea’s Champions League win, ​Hazard quickly set about becoming their next star player. Equipped with unparalleled dribbling ability and a surprising amount of strength, the Belgian quickly became a fan favourite as he regularly left opposition full backs in a babbling mess come full time.

His final campaign at Stamford Bridge saw Hazard sign off in typically brilliant style with two goals and an assist in the Europa League final, as Chelsea humiliated their London rivals Arsenal 4-1 in Baku.

Osgood was an immensely talented member of ​Chelsea‘s attack during the 1960s and ’70s which saw the club enjoy some trophy-laden years. A combination of power, finesse and instincts, Osgood – had it not been for a broken leg – could have taken Geoff Hurst’s place in England’s World Cup-winning squad.

However, the Windsor-born centre forward would make up for his international absence by claiming legendary status at Chelsea, as Osgood time and again displayed his uncanny ability to score pivotal goals for the Blues, in the final of both the 1970 FA Cup and European Cup Winners’ Cup the following year – the club’s first title in both competitions.

Having won the FA Youth Cup with Chelsea in 1961, Harris spent almost two decades in the first team, earning a reputation as one of the country’s toughest-tackling defenders and the nickname ‘Chopper’. This grittiness was on full display during their victory in the 1970 FA Cup final, one of the most physical encounters in the competition’s long history.

Chelsea through and through, Harris stayed with the club during a decade which saw an exodus of star players along with two relegations and a promotion, as he racked up an astonishing 795 appearances, the all-time club record. 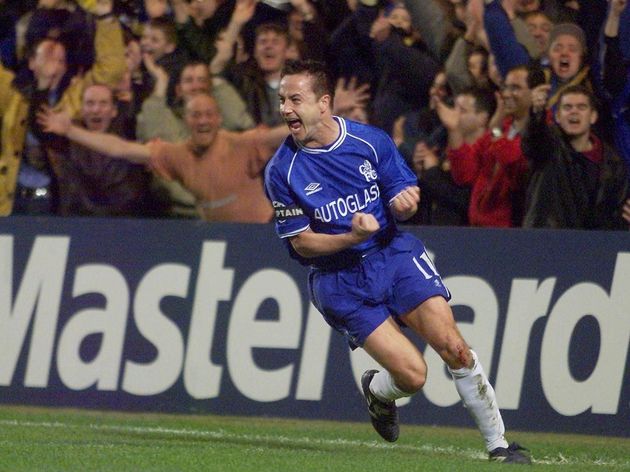 As a professional who would make youth team players sit on the toilet to warm the seat, Wise was a character who divided opinion but is regarded at home among the pantheon of Chelsea greats.

A goalscoring midfielder, Wise was a terrier on the field, constantly snapping at the heels of opponents in possession and at times when they were without it.

After three years at the club Wise was promoted to captain as he acted as the link between the old school English values and the incoming talent, with Gianfranco Zola in particular citing his skipper as a greatly important figure. Dixon joined Chelsea when they were languishing in Division Two, having avoided relegation to the third tier by two points in 1983.

His impact was immediate, scoring two goals on his debut, as the club romped to promotion with an invigorated side including the likes of strike partner David Speedie and winger Pat Nevin.

The three would combine for almost 200 goals over the next three years as Dixon continued to score at a staggering rate in the top flight, winning the golden boot in 1985. With 193 goals to his name across the nine years he spent in west London, Dixon is the club’s third all-time top goalscorer. Cech’s legacy as Chelsea’s greatest ever goalkeeper couldn’t even be tarnished by the four seasons he spent on the other side of the capital with London rivals ​Arsenal.

The former Czech Republic international was part of four league-winning defences but his first title, under José Mourinho in 2004/05, saw him concede just 15 goals over the course of the entire season. While never being overly prolific – only scoring more than 12 league goals twice in his ten seasons with the club – Drogba cemented his legendary status due to the setting and timing in which he scored his goals.

In 2012, Drogba became the first man to score in four different FA Cup finals as he netted the winner against Liverpool.

But his greatest moment came two weeks later as he scored not only the 88th-minute equaliser in the ​Champions League final against Bayern Munich, but also the decisive penalty in the shootout. 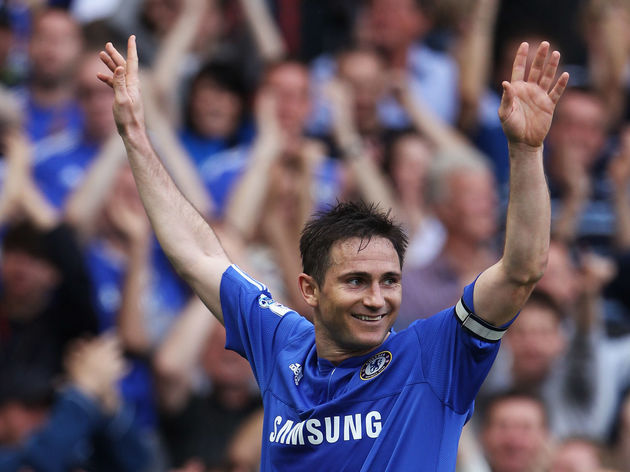 Gifted with incredible talent, Lampard also possessed an unrivalled work ethic, establishing himself as a Chelsea great and one of the best goalscoring midfielders in English football history.

Yet, as the club’s all-time top scorer, fourth on the all-time appearances list, the talismanic figure as Chelsea enjoyed the most successful period of their history and now their manager who is reintroducing homegrown talent to the side for the first time in decades, Lampard may feel hard done by with third place.

Zola’s arrival in English football in the mid-90s not only transformed Chelsea, but played a part in transforming the Premier League as a whole, along the influx of other European stars gracing these shores. His skill, technique and free-kick abilities quickly saw him adored by Chelsea fans who simply felt blessed to be in such close proximity to the Italian’s magic.

The impact Zola made on the club can be seen by what happened when he had agreed to leave the Blues and play for Cagliari after seven successful years in 2003, the summer Roman Abramovich would buy Chelsea.

Such was the Russian’s desire to keep Zola in west London that when the Italian had made clear he would not go back on his promise to Cagliari, Abramovich reportedly attempted to buy the entire Sardinian club just for Zola’s services.

The deal didn’t materialise but Chelsea’s number 25 remains one of their greatest players. A character who divided opinion, Terry fell into that category of club legend insofar as all opposition fans love to hate him, but he’s adored by anyone of a Chelsea persuasion.

Over the span of two decades, there was hardly a homegrown player to keep Terry company in the first team, but the former England captain was a mainstay of the side and never looked out of place among the procession of highly-touted, highly-priced European arrivals to arrive at Stamford Bridge during his spell with the club.

With over 700 appearances across all competitions, Terry was Chelsea’s most successful captain during the greatest period in their history as he oversaw the capture of 14 major trophies.

Surely there can be no other candidate for Chelsea’s greatest ever player than their ‘Captain, Leader, Legend’.

​Neymar’s Camp Respond to Lionel Messi’s Invitation to the Brazilian to...