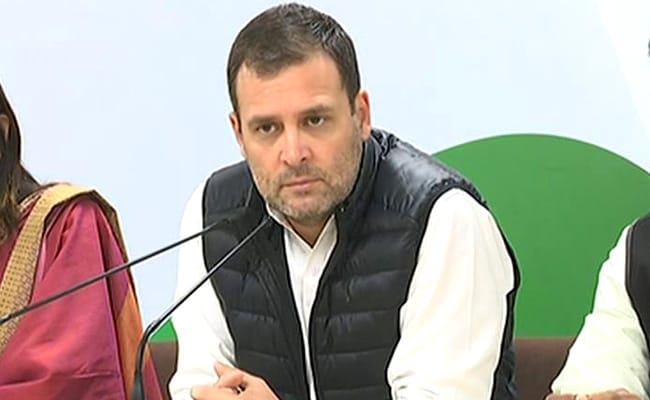 Congress chief Rahul Gandhi today welcomed the investigative report by English daily The Hindu, which has accessed a defence ministry note that records its objections to the involvement Prime Minister’s Office in the Rafale deal with France. The report conclusively establishes the PMO was involved in the deal and it makes the Supreme Court judgment on Rafale questionable since “information was withheld from the court,” Mr Gandhi said.

The internal note dated November 24, 2015, said the position of the PM’s Office was “contradictory to the stand taken by MoD (Ministry of Defence) and the negotiating team” . It is “desirable” that such discussions be avoided by the PMO “as it undermines our negotiating position seriously,” the note added.

Yesterday in Parliament, the Prime Minister ripped into the Congress over its allegations on Rafale. “I wondered why they speak lies on Rafale with such confidence. Then I realised because they know in all their years in power there hasn’t been a single honest defence deal. Some mama, some chacha kept coming in,” he said.

The Prime Minister had also accused the Congress for being “insensitive” about the armed forces. “The Army has seen the days when the officers did not even have bullet-proof jackets to conduct surgical strikes… I am not talking about weaponry here. These are basic facilities”.

Today, calling the attention of the thousands of defence personnel, Mr Gandhi said, “You fight for us, you die for us… you must know this, that it is clear that the Prime Minister has stolen 30,000 crore of your money, bypassed the process and given it to his friend Anil Ambani”.