​Borussia Dortmund playmaker Christian Pulisic is desperate for a “strong finish” at the club ahead of his agreed move to Chelsea this summer.

Pulisic, who agreed to join the Blues at the end of the 2018/19 season this January for £58m, was in action on Tuesday night when his side crashed out of the DFB-Pokal on penalties against Werder Bremen, despite a wonderful goal by the man himself in extra time. 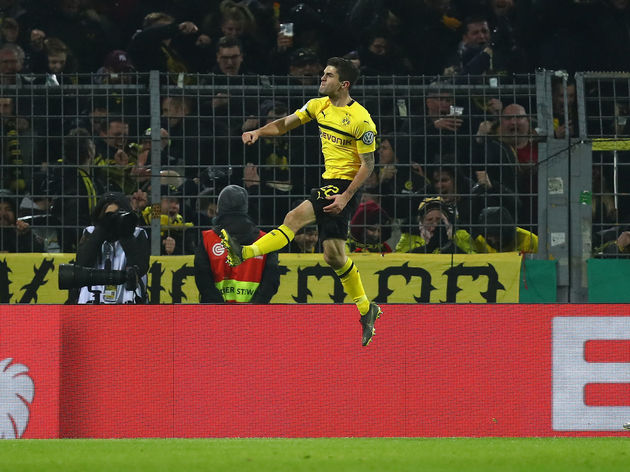 And, that exit leaves just the Champions League and Bundesliga titles available to the American in his final months in Germany. As quoted by the league’s official ​website, the 20-year-old explained: “We wanted to win the cup as well. But now we have to focus on the league and Champions League.

“I love being here. I’ve had a great time and I really want to finish strong.”

Despite the disparaging nature of the loss, which came about after a further three goals were scored following Pulisic’s extra time effort, he was keen to acknowledge the positives, admitting: “I’m just happy I could be on the field today. Play a full game, 120 minutes.

“Obviously, I was happy I could get a goal and I thought it was going to be the winner, but we’re ready to move past this. I’m proud of how some of the guys stepped up today [Tuesday].”

​Chelsea fans will have a chance to see their future man in action  sooner than they may think, with ​Dortmund taking on the Blues’ bitter rivals Tottenham at Wembley on February 13 in the last 16 tie.

“When it comes to the ​Champions League, now we’re in the knockout rounds anything can happen from here onwards. We reached our goal of getting here and now we’ll fight to win every game if we want to go as far as we can.”

Having said that, he will not be actively looking for the encouragement he’ll no doubt receive from his future fans, declaring he “doesn’t read that stuff”, and as it stands is purely interested in “what’s going on right here [in Dortmund]”.

Have you tried ice halwa yet?

Britain warns of 'great risk' of escalation in Gulf