As Priyanka Gandhi Vadra begins her campaign today for the Congress in Uttar Pradesh ahead of the national election, a group of party workers are geared up to work as her “army”, complete with a pink uniform that has her photo and a message. They call themselves the ‘Priyanka Sena’.

The “Priyanka Sena” has some 500 Congress workers. The group is not new, they say, but has a “dress code” for the first time so the new Congress general secretary feels she has a “disciplined force” behind her. “Our  message is that Priyanka Gandhi represents women across India and that crimes against women should stop,” said a worker.

“Desh ke samman mein, Priyanka ji maidan mein, Maan bhi denge, samman bhi denge, waqt padega toh jaan bhi denge (To honour the country, with Priyanka Gandhi in the field, we’ll give our respect and if needed, we’ll lay down our lives as well),” says the slogan on their shirts.

Priyanka Gandhi Vadra’s declaration to join active politics two weeks ago has been seen as a boost to the Congress and the morale of its party workers. Ms Gandhi has been tasked with turning around the fortunes of the party in eastern Uttar Pradesh, which accounts for around 40 Lok Sabha seats.

With the Priyanka Sena at the Nehru Bhawan, Luckhnow. It’s almost like a celebration here. pic.twitter.com/GuFuEswY4V

For her four-day tour of the state, Priyanka Gandhi will take out a mega roadshow running well over 30 kilometres, through some of the most congested areas of Lucknow.

Apart from the roadshow, she is scheduled to address meetings in specific constituencies. Congress sources have also said that instead of returning to Delhi after her tour, Priyanka Gandhi might visit other areas of eastern Uttar Pradesh. 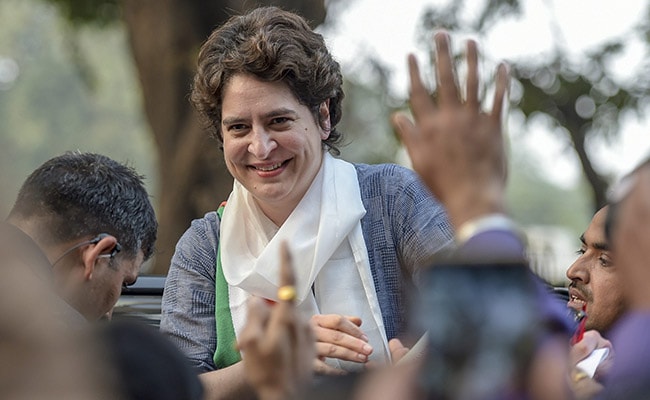 Priyanka Gandhi Lucknow Rally: Priyanka Gandhi Vadra’s declaration to join active politics two weeks ago has been seen as a boost to the Congress and the morale of its party workers