Prime Minister Narendra Modi arrived this morning in Varanasi, his constituency, to launch a membership drive for the BJP. This is his second visit to the temple town in Uttar Pradesh after his party clinched a spectacular win in the national election held in April and May.

“On the Jayanti of our inspiration, Dr. Syama Prasad Mookerjee, the @BJP4India Membership Drive will begin. I will be joining the programme in Kashi to mark the same. This drive will further connect people from all walks of life with the BJP family. It will strengthen our party,” PM Modi tweeted on Friday as the Union Budget was being presented by Finance Minister Nirmala Sitharaman in parliament, driving home a message about the National Democratic Alliance (NDA) government’s vision to take India to a $5 trillion economy in five years.

At around 11:30 this morning, I will address the programme in Varanasi marking the launch of @BJP4India‘s Membership Drive.

During my speech, I will elaborate on my thoughts on the Budget and India’s growth trajectory in the coming years.

“…I will visit the Virtual Museum at Man Mahal. Situated near the iconic Dashashwamedh Ghat, this is a cultural landmark of the city. It showcases aspects of our great cultural heritage,” PM Modi tweeted on Friday, referring to the riverside ghats in Varanasi popular with devotees and tourists as well.

The Prime Minister visited Varanasi on May 27 to thank the people of his constituency after he won the national election by a huge margin of 4.79 lakh votes. He not only retained his seat, but also saw his victory margin rise by nearly a lakh votes compared to 2014, when he defeated Aam Aadmi Party’s Arvind Kejriwal by over three lakh votes. 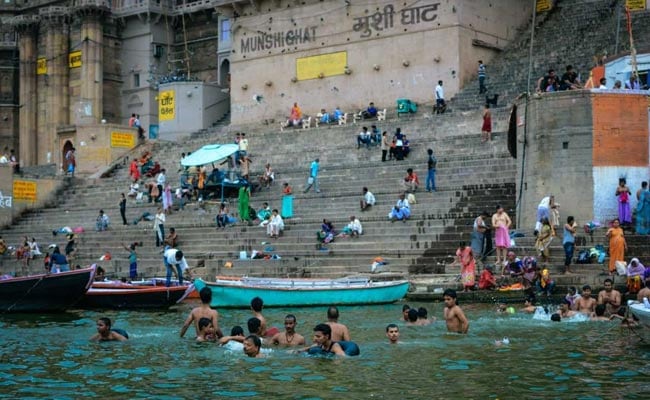 Prime Minister Narendra Modi said he will visit a virtual museum at Man Mahal, near Dashashwamedh Ghat in Varanasi (File)

Dr. Syama Prasad Mookerjee was a towering leader blessed with a penchant for serving the people.

He underlined the importance of education for the youth.

Dr. Mookerjee’s patriotism, courage & sacrifice is an inspiration to millions in this country. I bow to him on his jayanti

BJP vice-president Shivraj Singh Chouhan said the party has set a target of adding a minimum of 20 per cent more workers during the membership drive, which will end on August 11.

“Anyone can become member by giving a missed call on a mobile number or by filing a form,” Mr Chouhan said in a statement.